Home My Admiration double at Ascot

My Admiration double at Ascot

My Admiration finished April with a flourish when his 3yo fillies Jaguar Grey and Petticoat Junction completed an Ascot double on Wednesday.

The Westbury Park stallion has sired 16 individual winners since Cryptic Wonder claimed the RL Magic Millions 3YO Trophy (1200m) in February.  He was being set for the G2 WA Derby but that was cancelled following a subsequent sale to Hong Kong.

Jaguar Grey (3f My Admiration – Comme Ci by Verglas) showed potential when runner-up to Specialism and Chatter Session last year and she was second-best again at Ascot earlier this month before breaking through in the TABtouch Maiden (1400m).

The good-looking grey is trained by Justine Erkelens and cost owner Julius Weber $35,000 from Namerik Thoroughbreds at the 2018 Perth Magic Millions.  She is a half-sister to stakes performers Fred Dag and Janaura and there’s a weanling full-sister with Namerik owner Alan Bansemer at Serpentine.

Petticoat Junction (3f My Admiration – Petticoat Lane by Trade Fair) had won a Bunbury maiden in November and appreciated the removal of ear-muffs and a quick tempo to dominate the Heineken Hcp (2200m).

Part-owned and trained by Justin Warwick, she was a bargain $12,500 buy from Blackwatch Stud at the 2018 Perth Magic Millions.  Her dam was an Ascot winner for Blackwatch owner-trainer Steve Wallace and the family goes back to Picatina (GB) who was imported to WA by Robert Holmes a Court.

My Admiration (Encosta de Lago) won a G2 Hong Kong Jockey Club Sprint and was purchased by Westbury Park’s Phil Ibbotson on behalf of a syndicate to stand in Pinjarra.

Ibbotson bred Cryptic Wonder and sold him to a syndicate managed by Elio Galante for $30,000 at the 2018 Perth Yearling Sale.  The Hong Kong-bound galloper has a full-brother foaled last November at Westbury Park. 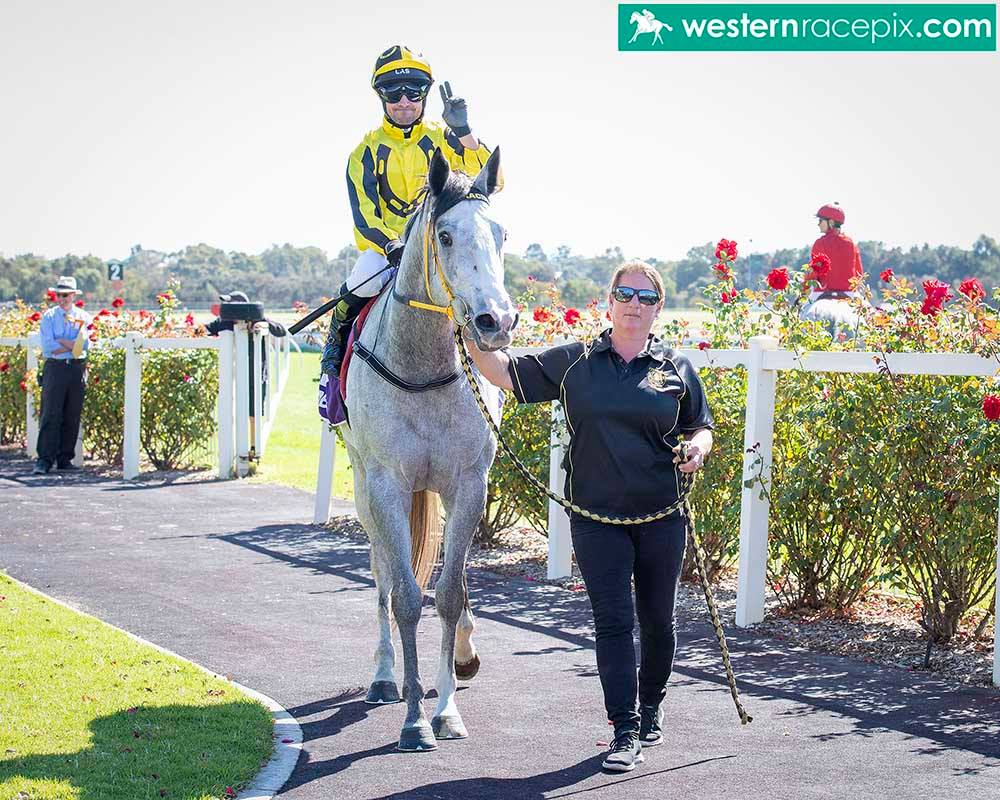