WA-bred mare Rapidora notched the 800th win for Oratorio (Aus) at Pakenham on April 9 and that’s earned her a Sandown assignment this weekend.

The lightly-raced 4yo was last seen launching late to snatch a narrow victory for trainers Leon & Troy Corstens. It put a line under a frustrating run for a large syndicate managed by her breeder Ian Riley.

“Rapidora had a completely luckless prep last time in,” Troy Corstens said following the head-bobbing finish. “It looked like the nightmare run might continue tonight when she was bailed up and bolting before Mick (Dee) got her into the open.

“Hopefully, she can continue picking off races and progress through the classes.”

Rapidora gets her chance to advance in a $100,000 Fillies and Mares Hcp (1200m) at Sandown Lakeside this Saturday.  She is by Mungrup Stud champion Oratorio from Riley’s Pinjarra winner Haste.  The Right Wing mare is a half-sister to Eastern Zone (LR Birthday Stakes & LR Jungle Dawn Classic).

Haste is also the dam of Team Corstens 2yo Thorogood (Oratorio) and a Rommel colt they bought for $40,000 at the Perth Magic Millions in February.  Riley owns Woodbridge Thoroughbreds in Henley Brook and he sent Haste back to Mungrup Stud last year for a fifth service to Oratorio.

Oratorio reached the 800 wins milestone at a 61% strike-rate stretching back to 2008-09. He was a godsend for Mungrup Stud arriving in the Great Southern just a few years after the premature death of Champion WA sire Metal Storm (Fr).

Hoofnote: Sir Snugalot made it 801 for Oratorio at Albany’s Anzac meeting on Monday. He has won 6 times for Steve Wolfe, Simon Miller and a Mungrup Stud syndicate that bred him from Belmont specialist Snuglet (Scenic). 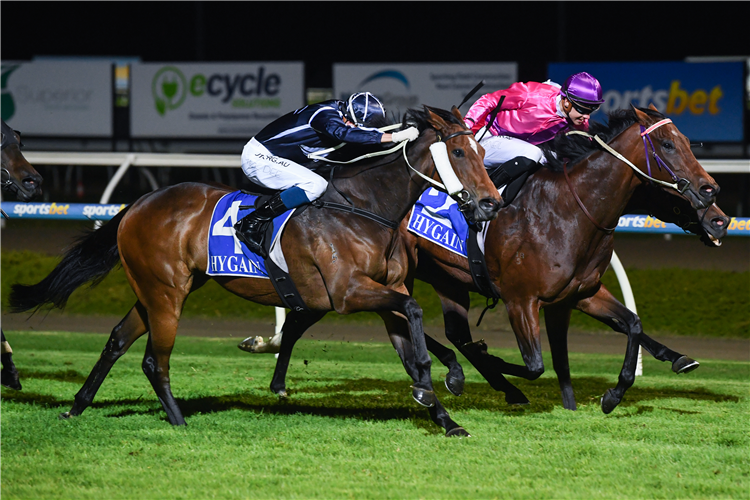