Beauty Spark responded to a rails-hugging ride by Victor Wong to break a string of placings in the Cypress Hcp (1200m) at Happy Valley on Wednesday.

The All American sprinter had run five placings in a row under Zac Purton before connections took advantage of Wong’s 2.5kg claim. They settled a half-dozen lengths off the pace and didn’t go around a horse to defeat Californiadeepshot (Deep Field) by a length.

“He has lost his early speed. Before he could go to the front but now if he sits midfield I’m happy,” trainer Frankie Lor said. “There’s no need to hurry, just wait for the straight.

“Later on I will let him go a little bit further but at the moment 1200m is still okay.”

Beauty Spark (4g All American – Bubbly Duchess by Duke Of Marmalade) arrived in Hong Kong after winning his only two starts at Echuca and Moonee Valley for trainer Peter Morgan and long-time clients Bruce Mathieson and Rick Smith.

He raced as All A Spritz in Australia but was renamed by new owner Eleanor Kwok Law Kwai whose family also races Group 1 winners Beauty Generation (NZ) and Beauty Only (Ire).

All American stands at Geisel Park and the Myalup stud has his homebred filly American Choice engaged in the G3 WA Sires’ Produce Stakes (1400m) this Saturday. She won on debut at Ascot and has been knocking on the door in the LR Supremacy Stakes (2nd), G3 Gimcrack Stakes (4th) and G2 Karrakatta Plate (6th).

American Choice will have the services of William Pike and has opened at $5.50 behind odds-on favourite Watch Me Dance. 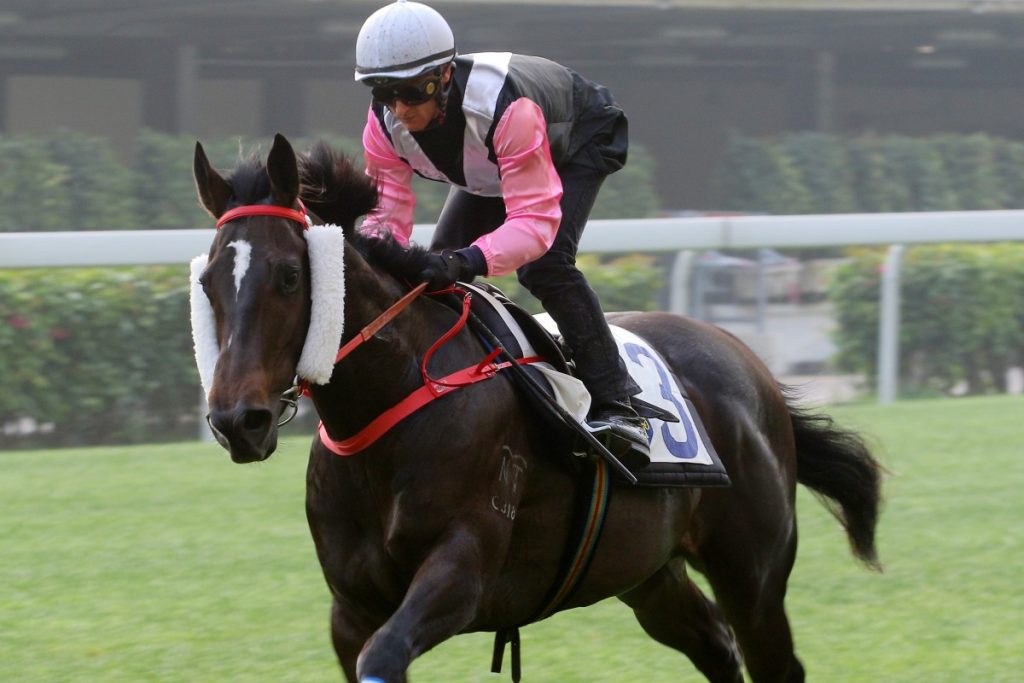