News that Blackfriars had sired his 500th individual winner didn’t receive any fanfare in these unprecedented times for the racing and breeding industries.

For the record, Blackfriars notched his latest milestone when Last Of The Line won the Westspeed Platinum Maiden (1400m) at Ascot on March 28.  The Stephen Miller-trained 3yo doubled-up a week later and has been nominated for an unbeaten city hat-trick this Saturday.

Pasaran was No.501 for local trainer Brett Pope at Pinjarra on March 30 while Peggie’s Joy was No.502 at Albany last Sunday.

The stablemates are from the immediate family of Australian Horse of the Year Miss Andretti.

Meanwhile, trainer Lindsey Smith has declared Perth might have the best racing in Australia over winter now that Blackfriars hero Black Heart Bart and his Group 1 winning stablemates Humidor and Trap For Fools are to target weight-for-age races at Belmont.

The decision was made in response to the COVID-19 outbreak which has significantly reduced Queensland’s winter carnival with doubts remaining on any interstate participation.

Smith said Black Heart Bart’s travelling days are over with the rising 10yo entering what is likely to be his final racing campaign.  He was last seen finishing midfield in the $5 million All-Star Mile at Caulfield.

“Black Heart Bart won’t go back to Victoria although I think he’s got another win in him,” Smith said.  “He returned to WA especially for the weight-for-age events and the other two have now joined him.  I hope they win one each!” 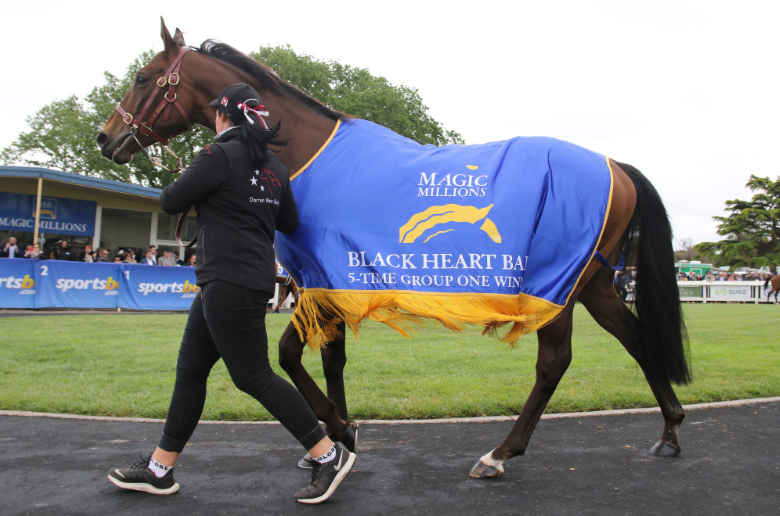