Hall Of Fame trainer Fred Kersley initiated another winning day for Yarradale Stud at Ascot on Saturday with his homebred Kelvin.

The front-running 3yo was the first-leg of a treble for Yarradale sires in the Happy 30th Birthday Tiarnna Robertson Hcp (1500m). He was dropping back in distance after creditable fifths in the LR Lex Piper Stakes (1600m) and LR Roberts Stakes (1800m).

Kelvin is by Heritage (Flying Spur) who is a half-brother to the Kersley-trained legend Northerly. “I do like this bloke and I think he’s got a future,” Kersley said after an earlier victory over Red Can Man last year. “And it’s especially pleasing to have that link with Northerly.”

Kersley and his wife Judith bred him from Sheer Royalty (Viscount) and she foaled another colt by Heritage last September. The mare’s second-dam Cannon Song is a half-sister to the dam Northerly.

Kelvin’s stablemate Mizlecki (Lope De Vega) has been lucrative money-spinner for the Kersleys. They lease her from Yarradale and she has earned $500,000 after Listed wins in the Belmont Oaks, Raconteur Stakes, Sheila Gwynne Classic and Old Comrade Stakes.

Guns Of Navarone (War Chant) and Utgard Loki (Frost Giant) filled out the final two legs for Yarradale at Ascot and the winning run continued 24hrs later at Geraldton.

Freez’emoff (Frost Giant) powered home for a popular home-town victory in the $100,000 Geraldton Cup on Sunday. She is trained locally by Graeme Hammarquist for a syndicate managed by Impressive Racing’s Kevin Berry and Darren McAuliffe.

“It’s my first Geraldton Cup and it’s a dream come true,” Hammarquist said. “She had three weeks between runs but had done enough at home and it all fell into place. I had the best horse in the race and the best jockey in Kyra Yuill.”

McAuliffe bred Freez’emoff by using former Yarradale shuttler Frost Giant (USA) over his Belmont winner Keep’emoff (Keeper). He has purchased the NZ-bred mare for $100,000 from Sir Patrick Hogan at the 2008 Karaka Yearling Sale.

Yarradale’s in-form stallion Gingerbread Man has sired the winners of 12 races in the last month and 9 of them have saluted at Ascot including Ima Single Man in the G2 Karrakatta Plate.

There’s another winner ready to roll out of Stephen Miller’s stables named Double Spice. He’s the 3yo brother to Ima Single Man and looked a smart type at the Bunbury barrier trials on Monday morning.

Double Spice is raced by Mark Wilson and Oliver Kiddie in partnership with Yarradale after being knocked down for $50,000 at the 2018 Perth Magic Millions. He won the Bunbury hit-out untouched and Brad Parnham will stick like glue for his debut.

Bradbury’s Luck had also weighed in with a speedy trialist when his grey filly Even Magic won over 400m at Belmont last Monday. She was three lengths clear after a dozen strides and Brad Parnham was content to let her coast to the line.

Even Magic is the second foal from Even Astar who was a front-running winner of the 2010 LR Belgravia Stakes & LR Burgess Queen Stakes for Neville Parnham. He also prepares her precocious daughter and that inherent speed will give her a head-start on game day. 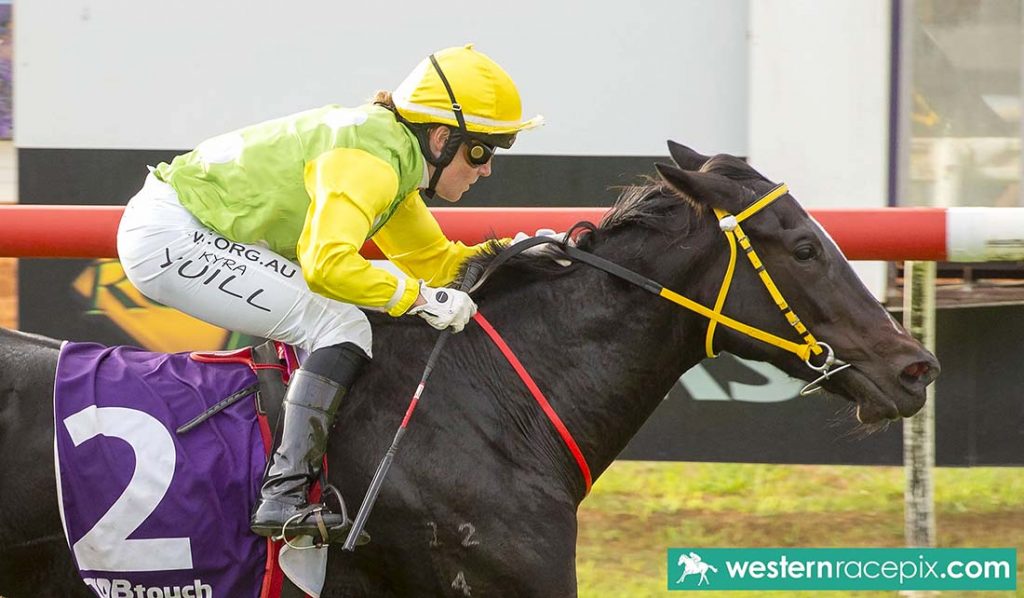