Trainer Michael Lane and in-form jockey Kyra Yuill closed the curtain on a successful Ascot season with a Scenic Lodge-sired double on Saturday.

“Kyra reckons We’ve Got Dreams is the fastest horse she’s ever ridden out of the barriers,” Lane said following her first-up victory over Dew West (Alfred Nobel) and Amelia’s Contraire (Hinchinbrook).  “We were confident going into the race with that gate speed.

“She’s much stronger since coming back into work.  She’s very sharp and has had an uninterrupted prep.”

Kia Ora Star had last saluted the judge at Pinjarra in July 2018 but Yuill got first run in the straight and that helped him hold off late closers Laufey (Frost Giant) and Porphyrio (War Chant).

“He’s had leg problems but is much sounder now and will be winning more races over more ground,” Lane revealed.  “He’s been building towards a win and we decided to roll the dice and go forward from the outside gate.  Kyra settled in the running line and made the most of his short kick in the straight.”

Blackfriars sired Kia Ora Star from LR Belmont Oaks winner Kia Ora Miss (Jeune).  He was bred and sold by Scenic Lodge for $25,000 at the 2015 Perth Magic Millions to a syndicate managed by Aaron Chircop.

His older brother Kia Ora Koutou earned a Group 1 placing when third in the 2015 Victoria Derby but went amiss after finishing an unplaced favourite in the 2016 Perth Cup. 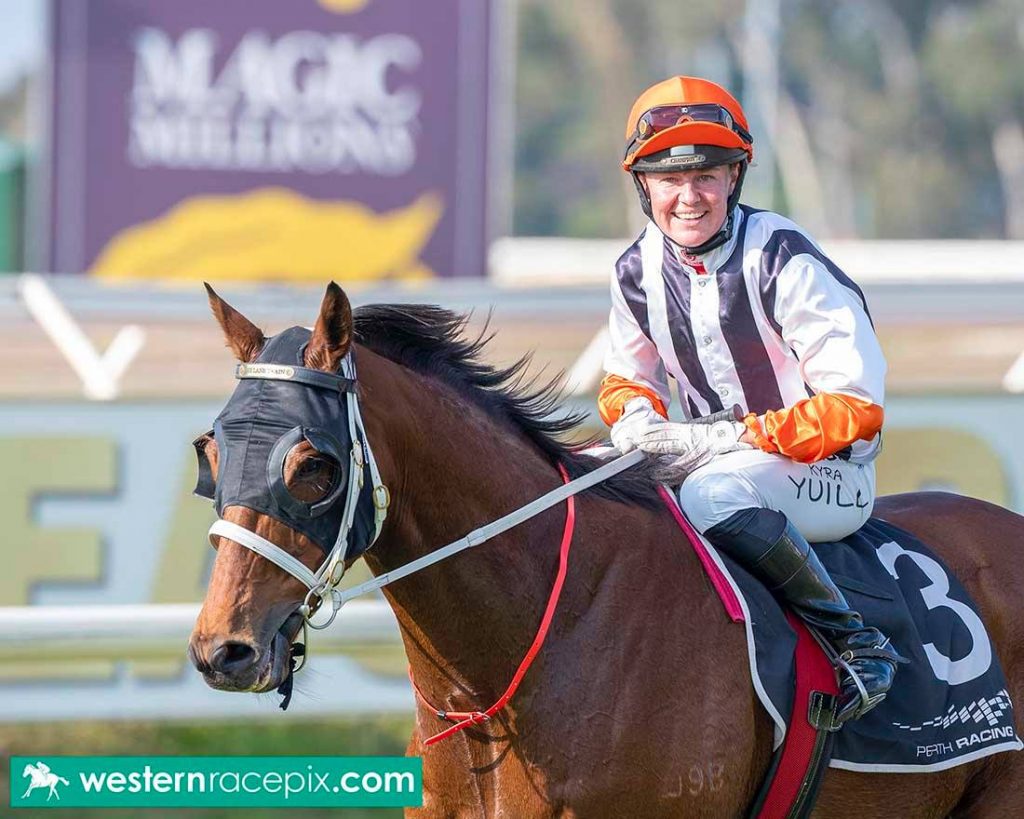