Miss Frost was back in the good books with punters after winning the Quayclean Hcp (1000m) as a $2.30 favourite on Saturday.

The Ascot victory atoned for an odds-on failure on May 2. Settling second-last for Willie Pike, she angled into clear air after scrambling around the corner and let down with a performance reminiscent of her explosive first-up victory on April 22.

Miss Frost (Frost Giant) reeled in Mood Swings (War Chant) with another powerful finish to lead home a quinella for Yarradale Stud. “She’s very smart and we know she’s much better than last time when she played bumper cars in running,” trainer Luke Fernie explained. “It was a much smoother experience today.”

There were excuses for that loss earlier this month. Stewards reported Miss Frost was ‘bumped heavily and became unbalanced near the 1000m’ before finishing a well-beaten fourth behind Sir Mambo (War Chant).

“There are no set plans for the future,” Fernie said. “We will give her time to work through the grades and there’s a lot more improvement to come.”

Miss Frost was purchased by David Reed at the 2017 Yarradale Stud Yearling Sale and Yarradale owner Ron Sayers stayed in the filly after she was knocked down for $20,000. She’s the final foal of Mega Me (Danewin), a Belmont winning daughter of Party Time (G3 Angus Armanasco Stakes).

Frost Giant (USA) shuttled to Yarradale Stud for two southern books and he brought up a winning double with Gates Of Babylon at Ascot on Saturday. He dead-heated with She’s Alight (Tavistock) in the Crown Perth Hcp (1400m).

Gates Of Babylon is raced by a syndicate that includes trainer Brett Pope and part-owner Max Cowcher. His NZ-bred dam Ishibabe (Ishiguru) is related to Sedecrem who completed a Group 1 double in the 2004-05 Waikato Sprint at Te Rapa. 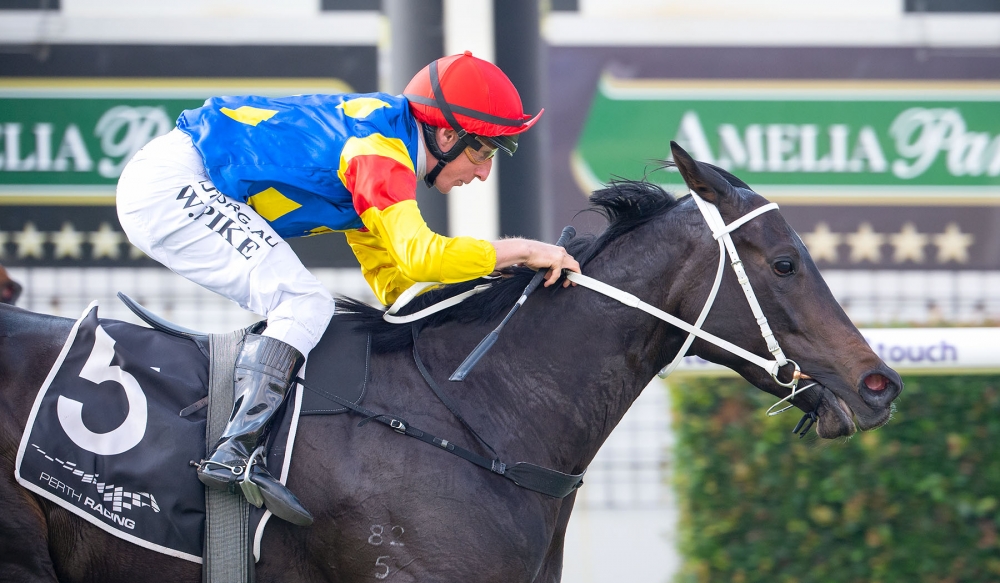