Fremantle breeder Phil Wilton led the WA pool with $115,000 for the regally-bred mare State of Play.  Ironically, one of the underbidders was former WA couple Michael and Anna Flannery who are nowadays based at Springmount Farm in Victoria.

“It was getting towards the end of the sale and I was getting a bit nervous,” Wilton admitted.  “I had been underbidder for Dazzles (Redoute’s Choice) earlier in the day and was relieved when we got State of Play.”

The Fastnet Rock 5yo mare was sold with a PPT to More Than Ready (USA) and her dam Joy Toy (Encosta de Lago) is a half-sister to the Vinery legend’s 8-time Group 1 winner More Joyous.  It’s one of the most successful families in the Australian Stud Book.

State of Play won a Hawkesbury maiden for owner John Singleton and was sold through Kia Ora Stud.  Phil and his wife Alison bought her under Panda Bloodstock and Racing.

“I would have sent her back to More Than Ready but he finished shuttling last year,” Wilton said.  “That More Than Ready / Halo sireline will cross with anything down here and I will probably book her into So You Think.”

Panda Bloodstock enjoyed a very successful selling season at the majors this year.  Top price received was $500,000 for the Zoustar colt from their Reset mare Savsenga.  He was targeted by Victorian trainer John Sadler at the Gold Coast Magic Millions.

Go Daisy hails from a family of Perth stakes winners including Saul’s Special (LR Fairetha Stakes).  She made $55,000 in foal to G1 Oakleigh Plate winner Russian Revolution who stands for a $44,000 fee at Newgate Farm.

Inglis General Manager of Bloodstock Sales and Marketing Sebastian Hutch was extremely pleased with a combined turnover of $32.50 million from the Chairman’s Sale (Friday) and Australian Broodmate Sale (Sunday).

“We were absolutely determined to reward the fantastic support of us by our vendors by doing everything we could to help them to achieve a series of positive results, irrespective of the circumstances,’’ Hutch said.

“We are relieved that we have been able to deliver a positive set of results to many participants and we continue to learn ways in which we can improve our service to clients.

“We still have a number of very appealing mares available for sale privately following both auctions and we will be working hard to place those over the coming days before moving onto preparing for our extensive series of sales in July.”

To enquire about any passed in lot from either The Chairman’s Sale or the Australian Broodmare Sale, contact Morgan Thomas on 0422 450 363.

Entries are now open for the Inglis Digital May Online Sale which will run from May 22-27. 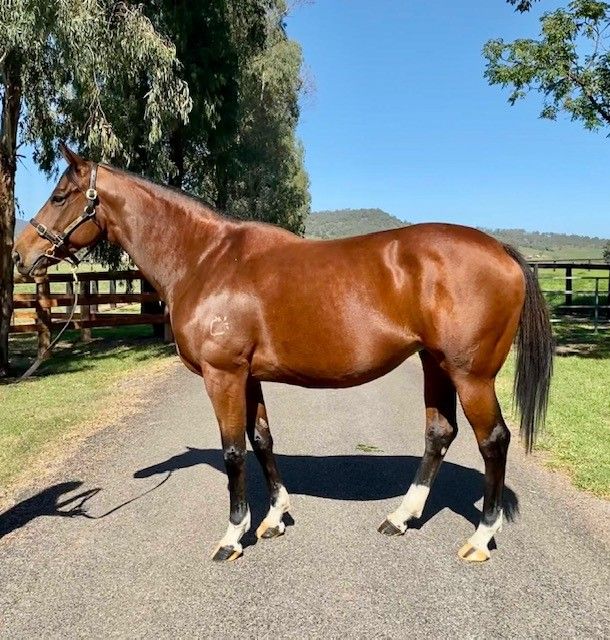