Hip Wiggle appreciated the switch to Belmont and stretching out to 1600m in the TABtouch Westspeed Maiden on Saturday.

The Dan Morton-trained filly had been placed in all three starts over shorter trips this prep before stepping up to a mile for the first time.  And Chris Parnham took advantage of a bumping duel between I Hope You Dance and Rusty Spirit to pinch a winning break at the top of the straight.

“We had a lot of time for her early days but she needed to mature mentally,” stable foreman Vinnie Collica recalled.  “She was always in a rush and it took time to teach her to relax.

“Chris rode her a treat today.  He got her into a rhythm and it showed she will get out past a mile.”

Hip Wiggle is by Scenic Lodge sire Universal Ruler and is a half-sister to winners by Oratorio, Balmont, Demerit and Trade Fair.  Morton bought her for $47,500 from the Alwyn Park consignment at the 2018 Perth Magic Millions.

Her dam Bellydance (Desert Prince) was pensioned last year and her final foal is the David Kelly-owned 2yo colt Tribal Fusion (Demerit).

The Belmont result took Universal Ruler to 300 wins with his progeny since opening his account with Rebel King in a Belmont nursery in May 2014.  He will stand for a $6,600 (inc GST) service fee this year.

Blackfriars stayer Baramagic brought up a double for Scenic Lodge in the Gourmet Takeaway Hcp (2100m) when racing returned to Belmont for the winter season on Saturday.

Baramagic needs time to balance up and was set alight by Clint Johnston-Porter at the 600m pole to run out a comfortable winner over Picture Perfect (Reset) and Divine Shadow (Blackfriars).

“That was very satisfying,” trainer Brian Kersley said.  “He just needed to work it out for himself whether he could run out a strong 2100m.  He will be much better next time in when he matures mentally and physically.”

Baramagic was an $18,000 buy from Scenic Lodge at the 2017 Perth Magic Millions for a syndicate managed by Albert Facey.  He’s the first foal of Timesin (Key Business) who is an unraced sister to LR Bunbury Stakes winner Keytomoney. 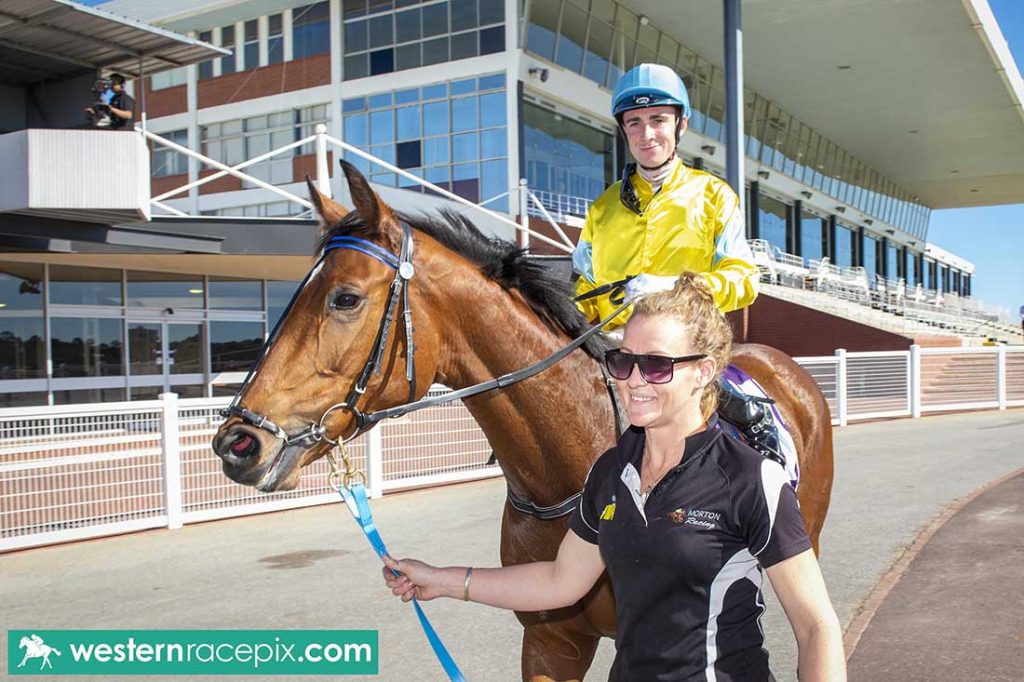