The Akeed Mofeed – Kuda Cepat foal made $30,000.  Offered by Mogumber Park as Lot 52, he is a half-brother to Moonee Valley winner Gratwick (Reward For Effort).

Kuda Cepat (O’Reilly) headed to WA twelve months ago after selling for $25,000 at the Inglis Great Southern Sale.  She was covered by Mogumber Park sire Safeguard last year.

Akeed Mofeed, a Group 1 winning son of Dubawi, also changed jurisdictions in 2019 when transferring from South Australia to Swettenham Stud in Victoria.

Second on the leader-board was the final-crop Trade Fair (GB) yearling filly from Enshrined (Fusaichi Pegasus).  Offered by Bellbridge Park, she was targeted by in-form trainer Michael Lane for $25,000.  Her dam, who won 8 races north of the 26th parallel, is from the family of Blackfriars.

Next best was the Xtravagant – Saucy Nell yearling filly bought by Belmont Bloodstock for $22,500.  Catalogued (as agent) by Dawson Stud, she is a half-sister to the city-winning Redoute’s Choice fillies Evidentia (Morphettville), Guest List (Flemington) and Racy (Warwick Farm).

Oakland Park Stud (as agent) passed-in Counterpane (Lonhro) just shy of a $90,000 reserve.  She is a 13yo full-sister to dual G2 Warwick Stakes winner Pinwheel and has foaled five winners from five to race. 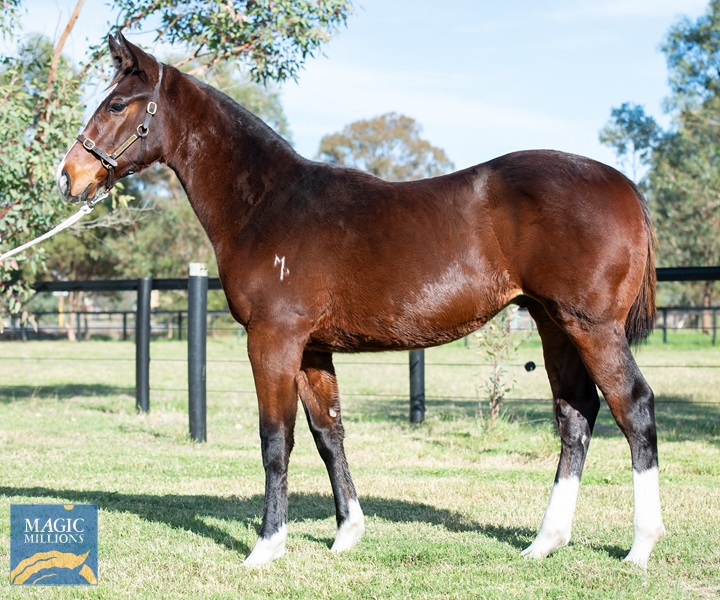