Unbeaten 3yo Seminole Brave is doing justice to a Goldfields galloper of the same name from the 1970s.

Seminole Brave won on debut at Belmont earlier this month and then doubled up at Pinjarra last week. He cost $28,000 at the 2018 Perth Magic Millions and looks an astute buy for Gino Poletti who was a car salesman in Kalgoorlie before graduating to a Group 1-winning training career in Perth.

“He was a big yearling so I put him away and didn’t even bring him in until he was a three year-old,” Poletti said. “He’s still growing and there’s lots of upside.”

He was the only Australian stakes winner by USA-bred stallion Seminole II (Nasrullah).

The current-day Seminole Brave impressed Shaun O’Donnell with a narrow first-up victory at Belmont. “He was caught without cover early but then we tucked in behind the leaders. He’s got a big extravagant stride but has been well-schooled.

“He’s a professional and got the bob in on the line.”

Patrizi and Yarradale owner Ron Sayers bred the first War Chant conceived in Australia. Their mare Metallic Storm (Metal Storm) foaled Bombs Away on 2 August 2012 and he went on to win five sprints in Perth. 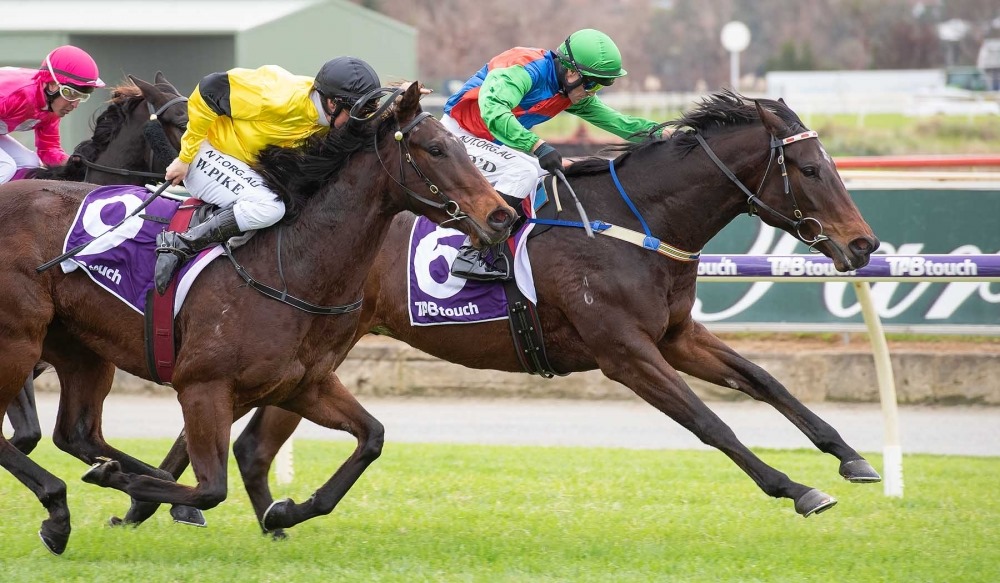