The consistent son of Street Cry (Ire) took advantage of the prevailing conditions to win the Caudo Vineyard Hcp (2250m). He settled last in a tactical race of changes before having final say with a strong finish along the fence.

Busker’s Ballad, who was bred by Yarradale and sold for $300,000 through its consignment to the 2016 Perth Magic Millions, returns a cheque just about every time he’s saddled up by Ryan Balfour.

“He’s had a good campaign and has deserved to win more races,” Balfour claimed. “I walked the track this morning and realised the rail was the place to be. I told Dom (Tourneur) to ride for luck and the horse dug deep when the run came.”

He is one of 7 winners from 7 to race out of Verse (Quest For Fame) who hails from the family of Group 1 winners Anthems, Yell, Microphone and Holler.

Verse has been a profitable producer since Yarradale owner Ron Sayers bought her for $30,000 out of a Darley Reduction Sale in 2010. Shortly after changing hands, her Commands stayer Lamasery came out and won four black-type races including the G2 Hill Stakes (2000m) in Sydney.

Verse’s yearling by War Chant (USA) sold for $180,000 at this year’s Perth Magic Millions to Singapore-based Constance Cheng. “I thought she was the top filly of the sale,” Cheng said. “I really liked her as a type and it was great to be able to buy her off Yarradale Stud as I have had a lot of success with the stock from the farm.” 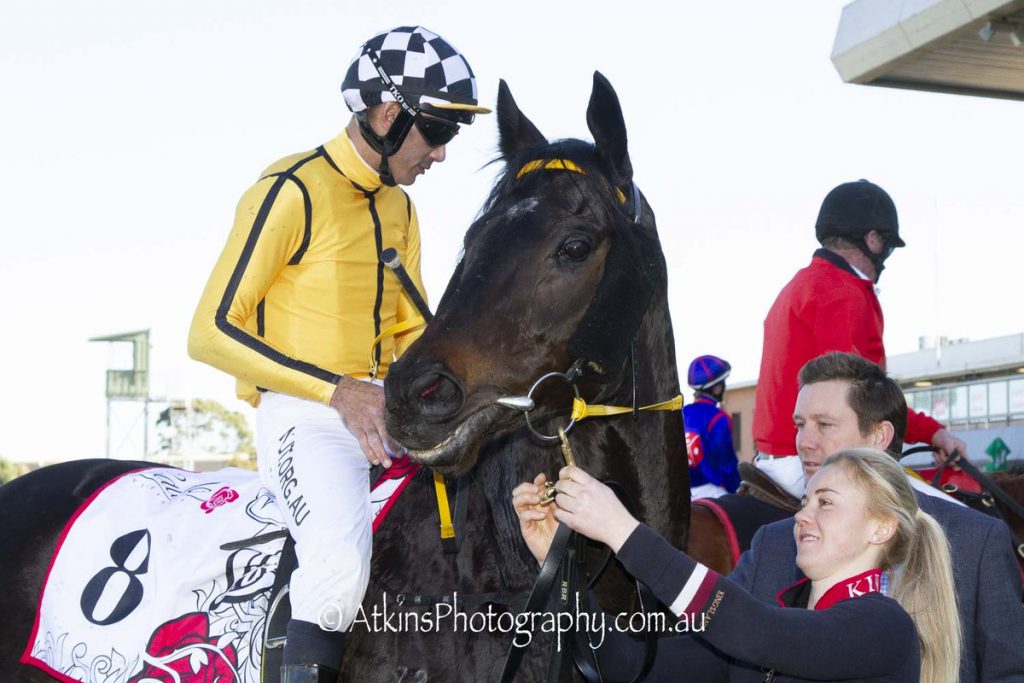