Geisel Park picked up a bargain when buying NZ-bred mare Tenko for $15,000 at the 2017 Inglis Great Southern Sale in Melbourne.

Tenko (Shinko King) was sold with a PPT to Magnus who was standing for a $22,000 service fee that year.  The mare was no slouch, either.  She won up to 2100m as well as being stakes-placed across the Tasman.  And she’s a half-sister to Sworn To Secrecy (G2 Emancipation Stakes) and the dam of Guns At Five (LR NZ St Leger).

The Magnus is a filly named Devine Beast and she’s bred to go places following an impressive trial win at Belmont last week.  After sitting three-wide, she loomed up to More Snitzel (Snitzel) at the furlong and went to the line under hands-and-heels from Natasha Faithfull.

The Simon Miller-trained 2yo filly was specked from $14 into $9 at her only start at Bunbury on the Australia Day long weekend.  That was the day Watch Me Dance (I’m All The Talk) flew down the outside to deliver the best juvenile performance seen in the south-west this season.

Devine Beast wasn’t going to hold out the subsequent G3 WA Sires’ Produce Stakes winner although she would have finished much closer but for being continually baulked in the straight by She Knows It All (I’m All The Talk).

Tenko is also the dam of last-start Yarra Valley winner Fighting Luce (Fighting Sun) and she is due to deliver an early-season foal by Geisel Park sire All American.

Devine Beast was retained by Geisel Park owner Eddie Rigg after being passed-in at the 2019 Magic Millions Winter Yearling Sale.  She races for a syndicate that includes Todd Duffridge and Ramsey Ismail who are in All American’s Ascot 2yo winner American Choice.

All American stands for a $6,600 service fee this season while Geisel Park’s French Group 1 winner Vert De Grece is priced at $4,400 for his fourth book at Myalup.  All fees (inc GST). 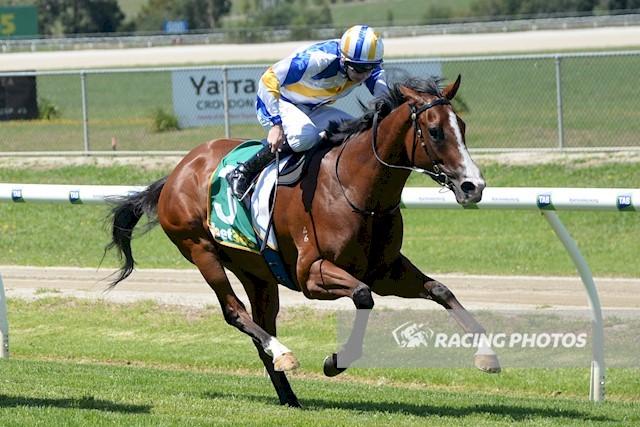