Kay Cee nominal favourite for WA Horse of the Year

Kay Cee took the length of the straight to win the LR Raconteur Stakes (1400m) on Saturday but trainer Neville Parnham never doubted her ability to find the line in time.

The Playing God 3yo filly arrived late to defeat Laverrod by a head giving Parnham his first Raconteur since Ken’s Double in 2007.

The Belmont result also confirmed Kay Cee as nominal favourite for Horse of the Year honours in Western Australia.

“It was a slow tempo and she was a bit closer than I would have thought,” Parnham said as his son Steve brought the winner back to scale. “Laverrod got a soft lead and there’s wasn’t much pressure in front but our filly has a tremendous will to win.

“She’s run over horses like Tuscan Queen, Regal Power and Superstorm so I wasn’t too worried. She’s the perfect racehorse and the toughest filly I’ve trained.”

“I kept an eye on Lavorrod,” Steve Parnham admitted. “Speed-maps can be tricky but he’s a handy horse and I thought he would be tough to run down. Kay Cee felt really good beneath me and is very determined. She’s a special horse and is only going to get better.”

The Parnhams have kept their stable star ticking over during a short winter campaign ahead of the Kingston Town Classic at Ascot later this year. They won the weight-for-age feature twice with her sire Playing God in 2010-11.

Kay Cee will have a final spin this prep in the LR Belmont Guineas (1600m) on June 20. “That’s a set-weights race so you would think she will be hard to beat,” Parnham snr predicted. “She’s matured since the summer carnival and is a lovely, quiet filly at home.”

A homebred for the Edwards family – Glen, Kathy, Kendall & Curtis – she is the first winner from Flirt‘n’ Hope (McFlirt) and they are expecting another Playing God foal from the mare in September. Second-dam Lizzy Long Legs (Steel Glow) won a G3 Scahill Stakes at Ascot following a Group 1 placing in the 2000 Railway Stakes behind Northerly and Old Comrade.

Playing God has covered a half-dozen books at Mungrup Stud and is the most valuable asset among several up-and-coming stallions in Western Australia. The local industry will be hoping the 12yo son of Blackfriars stays in the west after the Williamson family announced the impending closure of Mungrup Stud. 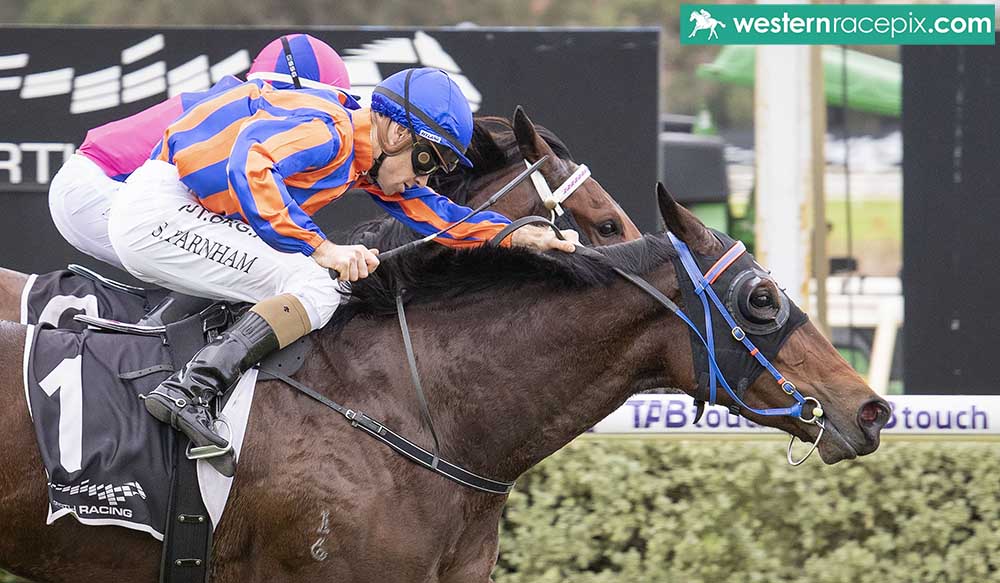