I’m All the Talk is making a late bid for the WA 2YO Sires’ premiership following the hollow victory of his front-running filly Madam Torio at Belmont.

She bolted in with runner-up Snipillicious (Snippetson) five lengths astern in the Amelia Park Plate (1000m) on Wednesday. The Mungrup Stud-bred graduate is the fifth individual winner by I’m All the Talk and the third from a mare by Mungrup champion Oratorio.

I’m All the Talk’s first crop have earned $557k and he’s closing in on current 2YO ladder-leader Snippetson ($600k). WA freshman honours are already his for the asking and that will increase his asking price on the open market now that the Mungrup roster is being dismantled.

Madam Torio was a bargain $9,000 buy for trainer Martin Allen at the 2019 Perth Magic Millions. She was pocket-sized compared to some of the other yearlings in the Mungrup consignment to the Swan Valley and proves once again that good things come in small packages.

“She presented with plenty of muscle at the sale and I decided to take a punt on I’m All The Talk,” Allen said. “The stallion is flying now and I will go back for more, for sure.”

Madam Torio was runner-up on debut to Watch Me Dance (I’m All The Talk) at Bunbury and the winner went on to claim a Group 3 in the WA Sires’ Produce Stakes. “She ran a good race in the Magic Millions Classic a fortnight later considering I nursed her into the race,” Allen added. “I was worried she would go shin-sore.”

Her dam Sorbatorio (Oratorio) is an unraced half-sister to No Questions (G2 Karrakatta Plate) and French Favourite (LR Raconteur Stakes). The mare has a Playing God weanling colt and was bred back to A Lot (USA) last September.

“To win by that far was a great effort,” jockey Chris Parnham said. “She had been working well but the margin surprised me. Martin reckons she will get out over more ground but I think 1100m will see her out. Time will tell.” 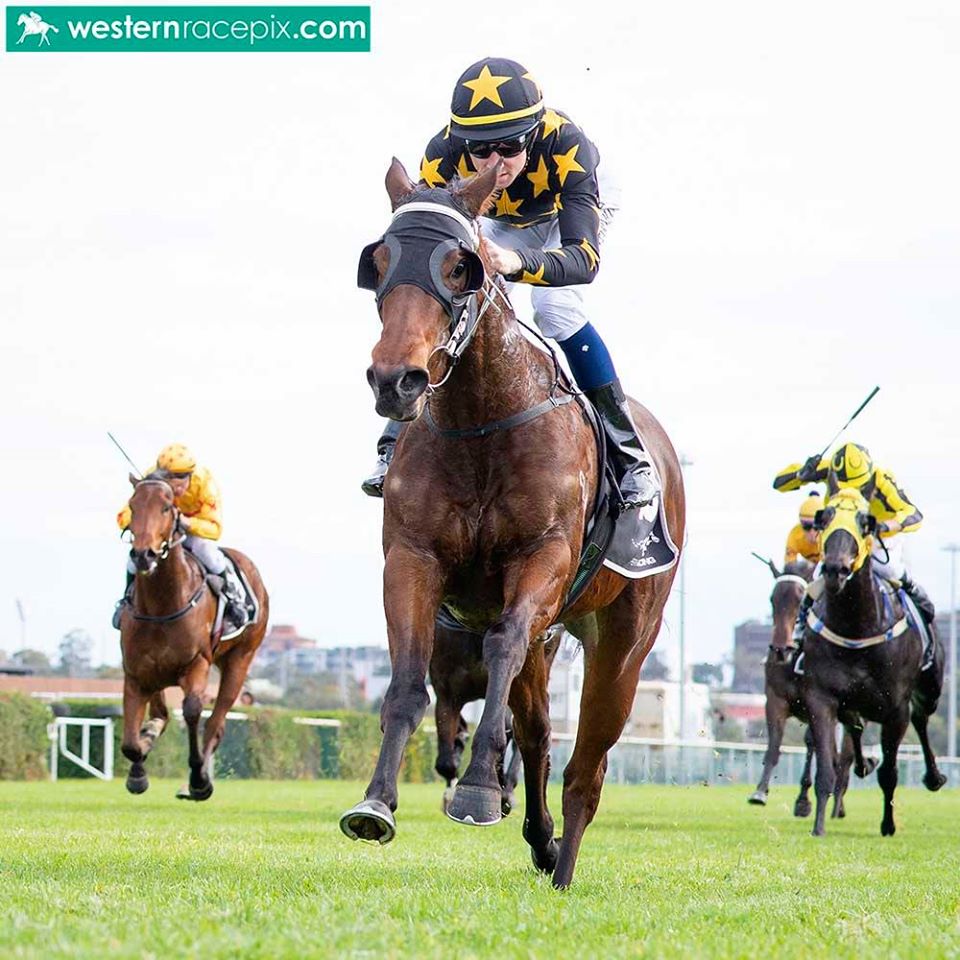