Kay Cee has launched the new-look line-up at Darling View Thoroughbreds with a resolute victory in the LR Belmont Guineas (1600m).

Her sire Playing God will cover his first book at Darling View this season along with his former Mungrup Stud colleague I’m All The Talk.  They join incumbent stallions Patronize and Lucky Street on the expanded roster at Mundijong.

Kay Cee’s latest black-type win at Belmont on Saturday was the first-leg of a winning treble for Darling View.  She was followed by Son Of A God (Playing God) and Power Of St George (Patronize).

“I was always confident she had the race in her keeping,” trainer Neville Parnham said after the half-length victory over Cambist (Gingerbread Man).  “She doesn’t make it look easy but just finds a way to get past horses.  I thought she won well on the line.”

Parnham and managing part-owner Glen Edwards will map out her next campaign following a third and final start this prep in the LR Belmont Oaks (2000m) on July 4.  She will go out a long odds-on favourite in the set-weights classic restricted to 3yo fillies.

“The only races set in stone are the Railway Stakes and Kingston Town,” he said.  “The Golden Eagle (1500m) in Sydney is worth a lot of money but it’s highly unlikely.  She may make a cameo appearance at the Melbourne spring carnival or we might just stay at home and do our best here.”

Son Of A God (3g Playing God – Faslizan by Fasliyev) returned to form with a front-running victory in the All Flags Hcp (1200m).  He had claimed four in a row for trainer Simon Miller and owner-breeder Shaun Maiden before a brain fade broke the winning streak a fortnight ago.

Power Of St George (3g Patronize – Danecay by Love A Dane) also went some way to redeeming his reputation in the Crown Towers Hcp (1600m).  He had won three from six prior to a below-par effort in the Sky TV Provincial Championship Final in May. 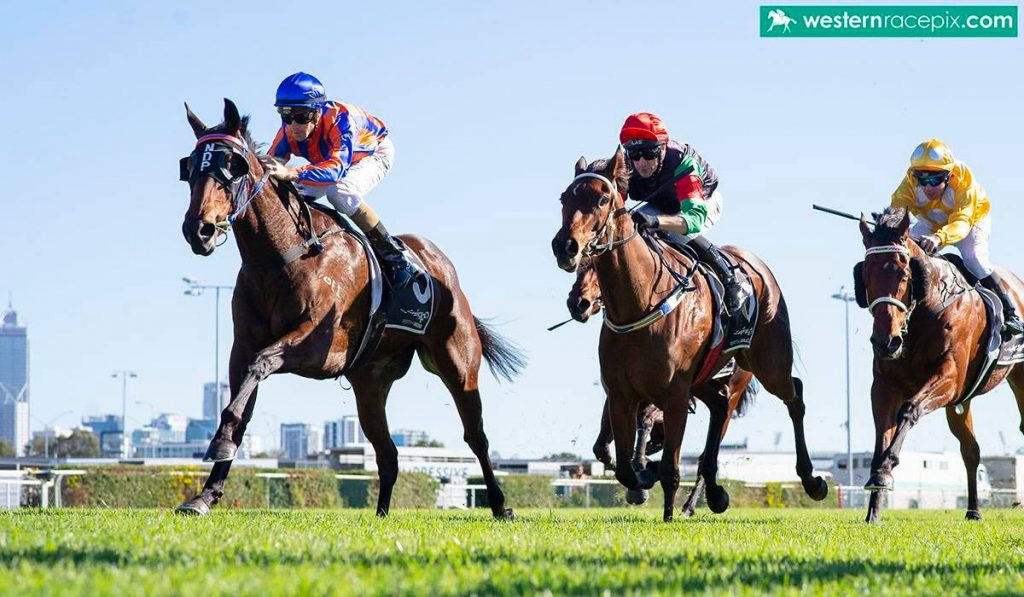