Bam’s On Fire can climax a week of fluctuating fortunes for Scenic Lodge sire Universal Ruler in the G1 Stradbroke Hcp (1400m) on Saturday.

The former Perth mare is coming off a Group 1 placing opposing fillies and mares in the Robert Sangster Stakes (1200m) at Morphettville and she will have to lift again against the best sprinters in training at Eagle Farm.

Win, lose or draw this weekend, Bam’s On Fire was an inspired buy for Seymour Bloodstock’s Darren Thomas and agent Mark Pilkington in October 2018.  Despite a juvenile black-type placing at Ascot, she left the west as a maiden and is now within striking distance of a coveted Group 1 in the Stradbroke.

Since transferring to trainers Ciaron Maher and David Eustace, she has earned over $450,000 from 5 wins and 9 placings in 15 starts topped by a Group 3 in the Victoria Hcp (1400m) at Caulfield in April.

“She’s done a great job,” Eustace said this week.  “She had her first run this preparation in November and put in a career-best last start so she’s certainly not showing any signs of dipping in form, either.”

Bam’s On Fire (4m Universal Ruler – Im Your Fire by Holy Roman Emperor) has drawn the fence this Saturday with Tegan Harrison aboard and has opened at $23 in pre-post markets.  Harrison will be hoping she has better luck than Jake Toeroek who was unable to take advantage of an inside barrier in the Robert Sangster after being inconvenienced out of the gates.

Universal Ruler was just denied a Group 3 victory last Saturday when The Velvet King was blindsided by Perfect Jewel in the Belmont Sprint.  His 3yo stablemate Fuhrer helped soften that blow for trainer Darren McAuliffe and jockey Mitchell Pateman with a feature win in the WA Day Cup at Northam on Monday.

Scenic Lodge stands both Universal Ruler and Snippetson for $6,600 this year alongside Dash For Cash at $2,750.  All service fees (inc GST). 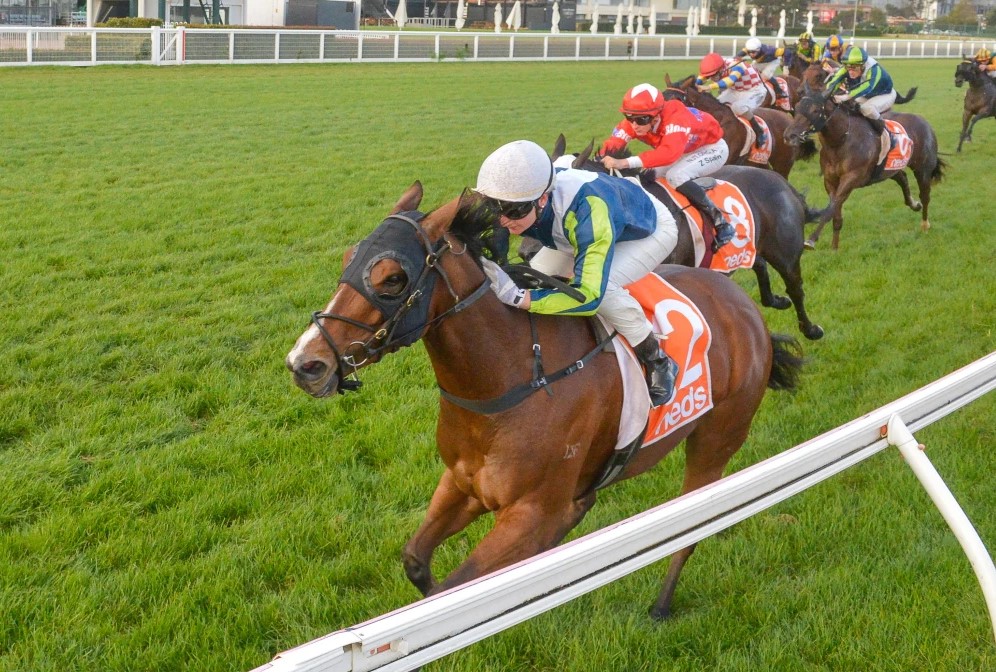