Daily Beauty became the 8th Hong Kong winner for All American with a narrow victory in the Wong Nai Chung Gap Hcp (1600m) on Wednesday evening.

He appreciated the step up to a mile and hit the line a nose in front of fellow fast-closer Universal Go Go (NZ) at Happy Valley. He also benefited with Joao Moreira on board. The Brazilian ace angled into the running line from a wide gate and put the stick away at the furlong to lift him over the line.

The Aussie import is trained by Caspar Fownes who was delighted with the win. “In my mind I’ve always thought he was a miler but when I put him at a trip he ran disappointing, so I thought maybe I had got him wrong, and then last start he ran really well over the six and I thought he handled the track well so we could come back here for a mile.”

Geisel Park-based All American has an impressive strike-rate in Hong Kong with Dark Dream, Green Card, Invisible and all-weather star Elusive State who has earned the equivalent of AUD 1.43 million.

Fownes also prepared Geisel Park sire Vert De Grece (Ire) who has his first 2yo crop ready to race in 2020-21.

All American has hit the ground running with his first-crop in WA this season and the Myalup nursery can do it again with Vert De Grece (Verglas). “We couldn’t have asked for a better start with All American,” Geisel Park manager Conor Dunlop said. “And the feedback has been just as positive with Vert De Grece. He won a 2yo maiden in Ireland and then blew away the French colts in the Group 1 Criterium International at Saint-Cloud.”

Meanwhile, Geisel Park owner Eddie Rigg is part of the syndicate that races spring cups hopeful Schabau. The former German stayer completed a hat-trick at Flemington in May for trainer Robert Hickmott and has been kept up to the mark at Macedon Lodge.

Geisel Park stands All American for $6,600 service fee this season while Vert De Grece is priced at $4,400. All fees (inc GST). 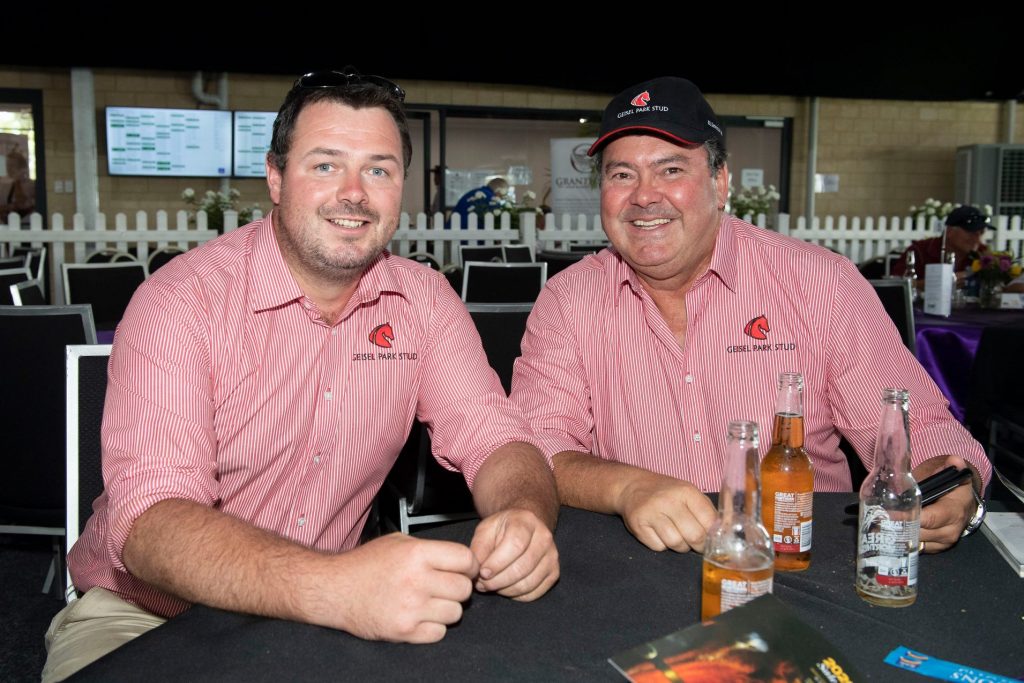