Another Belmont double has propelled Sessions into the Australian Top 10 for second-season wins this season.

Hot favourites Boomtastic and Massimo both saluted on Saturday to take his total to 32 wins this season.  The Oakland Park resident replaced Victorian-based Puissance de Lune (31) in the top bracket even though the latter’s unbeaten filly Chantrea made it six-from-six in the LR Belmont Classic.

Sessions had sired a Belmont double on July 1 with Western Rhythm and Paris Report before Captain Kink weighed in at the winter venue on July 11.

Boomtastic won a head-bobber for trainer Simon Miller and owner-breeders Ben & Jo Duncan.  “I thought we got rolled,” Miller confessed.  “They cranked up before corner and she had to chase hard to win.

“We were after the Westspeed bonus.  It’s worth a lot of money and we might go for another one next weekend.  Then we can freshen her up for the carnival.”

Boomtastic has banked $270,000 and almost half of those earnings are made of bonuses from 4 wins in 11 starts.  Her dam Xaar Boom (Xaar) has foaled fillies by Sessions and Safeguard (2) over the last three seasons.

Massimo maintained a busy schedule to improve his record to 5 wins and 6 seconds in 14 starts this season.  He’s another Westspeed money-spinner for Oakland Park owners Neville & Susan Duncan and Renee Durrant banking $523,180 including bonuses of $224,640.

Renee’s older brother Adam trains him at Karnup and the best of those 5 wins this term was the LR Placid Ark Stakes (1200m) at Ascot in November.

“He turned his head in the gates and was slowly away,” reported jockey Clint Johnston-Porter.  “I let him stride up and he settled nicely outside the leader.  He was beaten by a good one (Windstorm) last week but was strong through the line today.”

Massimo is from Sydney winner Highest (Marscay) who was a $27,000 buy for the Duncans at the 2013 Inglis Easter Broodmare Sale.  Her final foal is a yearling filly named Minno (Safeguard) and she will also be prepared by Durrant. 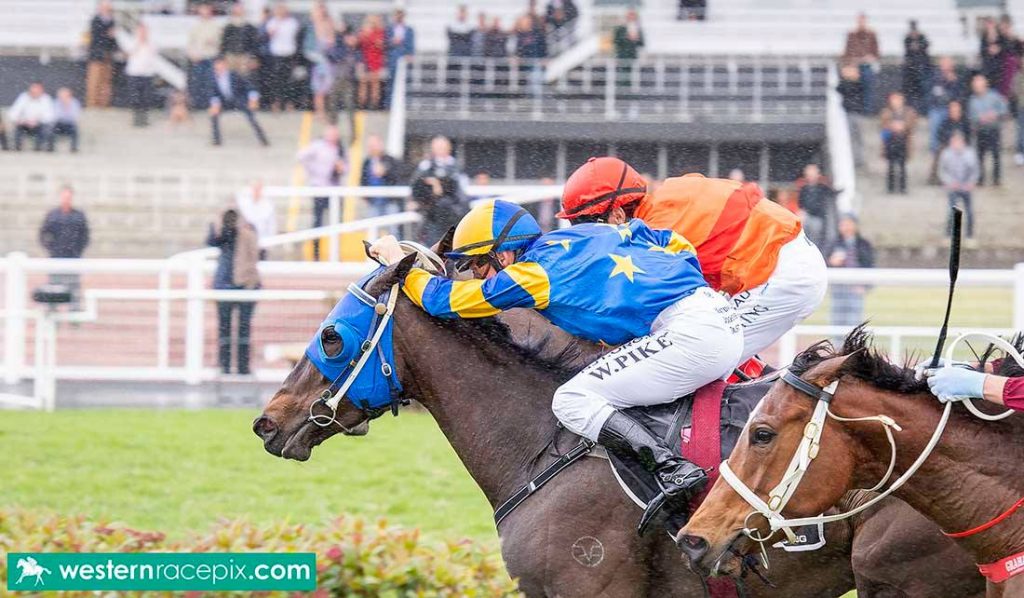