The Swan River Vase wasn’t run to suit Material Man and he had to dig deep to nail stablemate Noir De Rue at the end of 2200m on Saturday.

Starting a long odds-on favourite at Belmont, Material Man responded to a vigorous ride by Paul Harvey to notch his 16th win in 36 starts for owner-breeders Mike and Jill MacDermott.  He’s a son of Roselee Park sire Vital Equine (Ire) and was coming off a G3 Strickland Stakes victory on June 27.

“They went slow early and made him carry that weight (58.5kg),” trainer Justin Warwick said.  “I had worked him harder than usual to take the edge off so he wouldn’t pull today.  But that left him flat-footed when they sprinted.

“Luckily, the margin for error with him is quite large and class came to the top at the finish.”

Material Man has earned over $1.84 million since winning a Narrogin maiden on debut in February 2016 and his black-type credits range in distance from a G3 Belmont Sprint (1400m) to a G2 Perth Cup (2400m).

The 8yo veteran has also been Group 1 placed in a Railway Stakes (1600m) and Kingston Town Classic (1800m) and Warwick will give him the chance to have another crack at the feature double later this year.

Vital Equine (Ire) sired him from Del Lirio (Hussonet) who was purchased by the MacDermotts as a yearling in 2005.

After two wins in Sydney carrying their black and yellow shamrock silks, Del Lirio transferred to Perth and eventually retired to foal Material Man first-up at stud.  Her only other mating in the west produced Geraldton winner Scandalous Miss (Scandal Keeper).

The MacDermotts wound down their racing and breeding interests when Mike was fighting cancer a few years ago and the mare was sold to Queensland breeder Joe Heather who operates River Junction Stud.

Del Lirio has been catalogued to change hands again as Lot 619 at the Magic Millions National Broodmare Sale at the Gold Coast on Wednesday, July 22.  She will be offered in foal to Spirit Of Boom.

Heather also has a Sizzling – De Liro filly that will be entered for the 2021 Gold Coast QTIS Yearling Sale.

In Victoria, Vital Equine gelding Wild Vitality has found winning form for Ballarat trainer Rodney Foster.  After several placings, he landed a Bendigo maiden in May and doubled up at Echuca last Saturday carrying the steadier of 61.5kg. 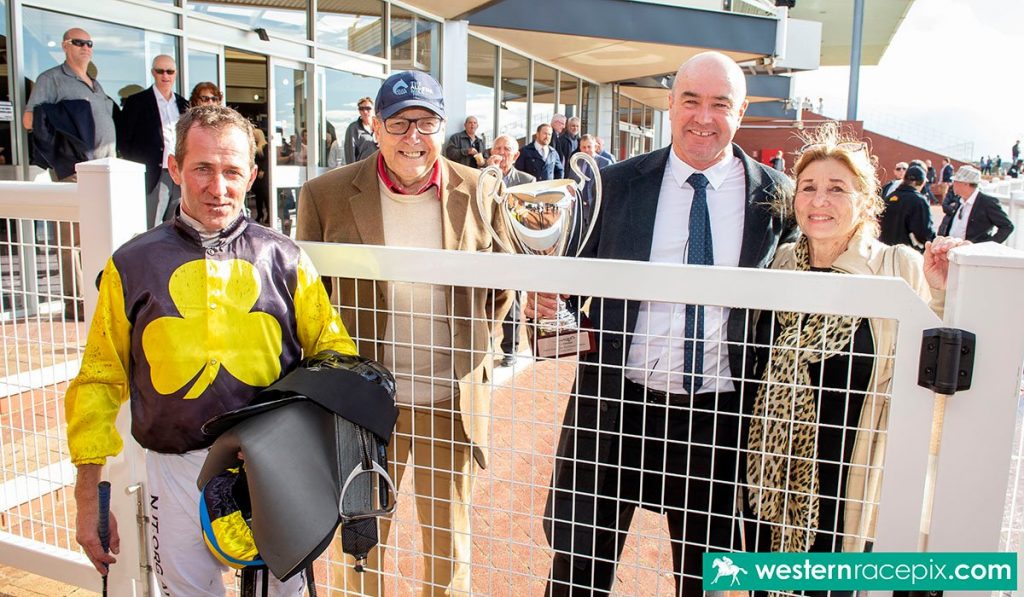