Essential Spice has launched a withering late burst to bring up her first black-type victory in the LR Beaufine Stakes (1000m) at Belmont.

The Gingerbread Man mare landed the lion’s share of the $100,000 purse and boosted her residual value at stud with a career-best performance on Saturday. She had been beaten a lip first-up last month but made amends for her connections who were out in force on course.

“I didn’t think she was going to get there at the 200m mark but she’s a super mare,” co-trainer Ben Pearce admitted. “The hot speed suited and it was a top ride by Willie (Pike). He blamed himself for the last-start loss and reckoned he deserved to go back to apprentice’s school.”

Gingerbread Man (Shamardal) is going from strength-to-strength at Yarradale Stud. Essential Spice was his fourth stakes winner in 2019-20 and that puts him one behind Blackfriars alongside Universal Ruler and Maschino. 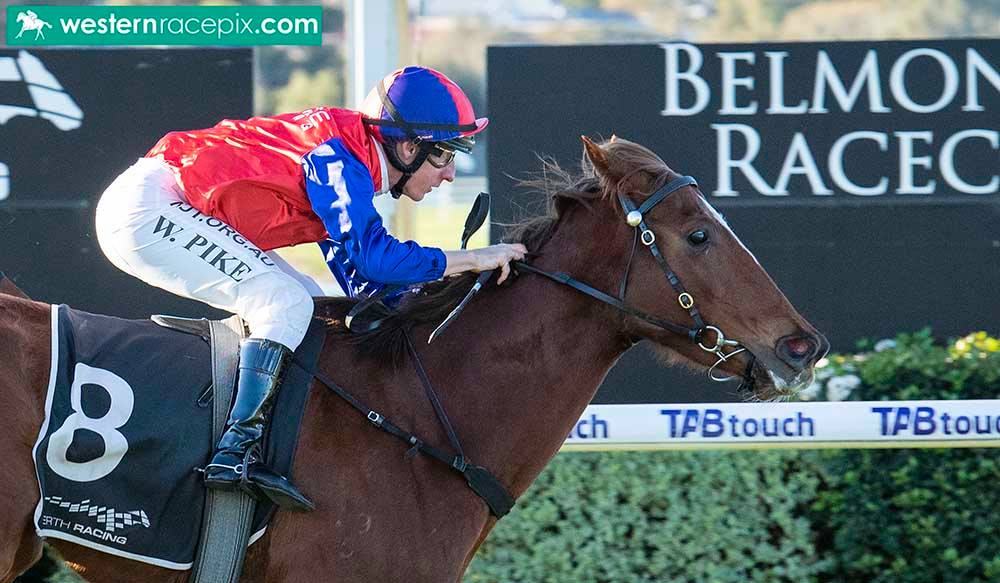