Home Kallaroo in cruise-control at Belmont

Kallaroo in cruise-control at Belmont

The only question mark about Kallaroo’s win at Belmont on Wednesday was why it took five starts to break his maiden?

Chris Parnham was swinging aboard Kallaroo when they cornered before letting him loose at the top of the straight.  The All American youngster accelerated to a three-length lead in a matter of strides and then cruised to the line from Playing God pair Holy Enchantment and Convalesce.

“I was a bit disappointed he hadn’t won before now,” trainer Dan Morton conceded after the TABtouch Hcp (1400m).  “I knew he was fit and could afford to do a bit of work during the race.  Chris made a move from the back midrace and you didn’t want to be on anything else around the home turn.

“We will give him a break now.  He’s had five starts as a 2yo and is going to develop into a really nice horse.”

Parnham reiterated the trainer’s comments.  “He was slow into stride but there wasn’t much tempo so I was able to get him into a nice spot.  After that, he never looked like losing.”

Kallaroo is a homebred for David Reed.  He bought into the family when paying $26,000 for second-dam Obtrusive (Telesto) at the 2005 Gold Coast Magic Millions Yearling Sale.  There was a WA link in the pedigree through Lindsay Park’s summer carnival feature winners Haymaker (1974 WA Derby) and Summer Hay (1976 Ascot Gold Cup).

Obtrusive won at Ascot and Belmont for Morton before going to stud where her foals included Kamballie (Blackfriars).  She won a Northam maiden for Morton and foaled Kallaroo first-up but died without producing another foal. 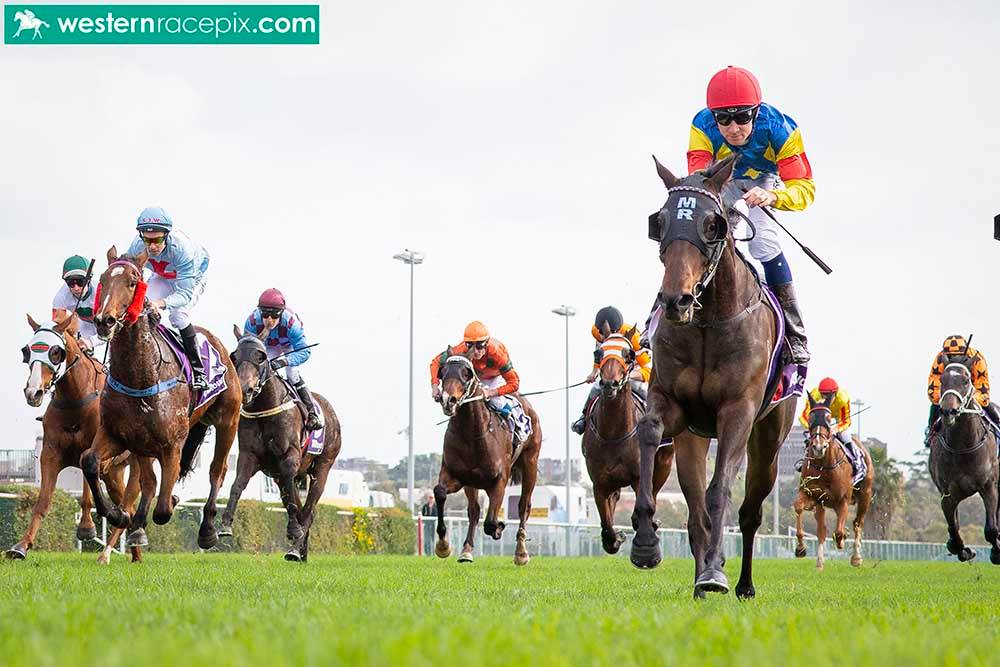