Home Sixth first-crop winner by I’m All The Talk

Sixth first-crop winner by I’m All The Talk

Billy Ain’t Silly became the sixth individual winner by I’m All The Talk despite blowing like a gale before the TABtouch Better Your Bet (1200m) on Wednesday.

The Colin Webster-trained youngster eased from $1.55 to $3 but gave a lie to that fluctuation with a dominant victory at Belmont.  Jockey Jerry Noske sent him into the first turn four-wide and he relished the front-running role to score by a length.

I’m All The Talk (Stratum) had been based at Mungrup Stud before his transfer to Darling View Thoroughbreds last month.  His first book at the Mundijong nursery will be covered at a $6,600 (inc GST) service fee.

Wednesday’s result set up a tense final fortnight for this season’s WA 2YO sires’ title.  Snippetson ($602,120) has held the lead since Gemma’s Son won the Magic Millions 2YO Classic in February but I’m All The Talk ($597,410) has narrowed that margin to less than $5,000.

Billy Ain’t Silly had been placed behind All Day Session on debut and was dropping back from Saturday class at the midweeks.  “He was unlucky not to have won first-up and I thought he was a really good chance,” Webster told www.rwwa.com.au  “He is a free-flowing horse and had to do it at both ends.

“He’s leggy and still immature.  With the spring out, he can come back and be a real racehorse.”

Owners Bill and Patricia Robinson bred him from Tiara Mak, a blueblood by Medaglia D’Oro and the only filly foaled by G2 WA Guineas winner Kalatiara (Metal Storm).  She cost $140,000 at the 2013 Perth Magic Millions but didn’t show up in two preps.

Webster also prepares I’m All The Talk’s last-start Belmont winner Dad’s Bigheaded for the Robinsons.  The Ascot trainer and wife Lyn celebrated his 80th birthday in April and it coincides with his classiest crop of youngsters for some time.  The best of them has been unbeaten talent Reign Of Fire (Trade Fair) who is being set for the G2 WA Guineas off a Belmont double in June.

I’m All The Talk has the opportunity to overtake Snippetson when Daltalka runs in the Amelia Park Plate (1400m) at Belmont this Saturday. 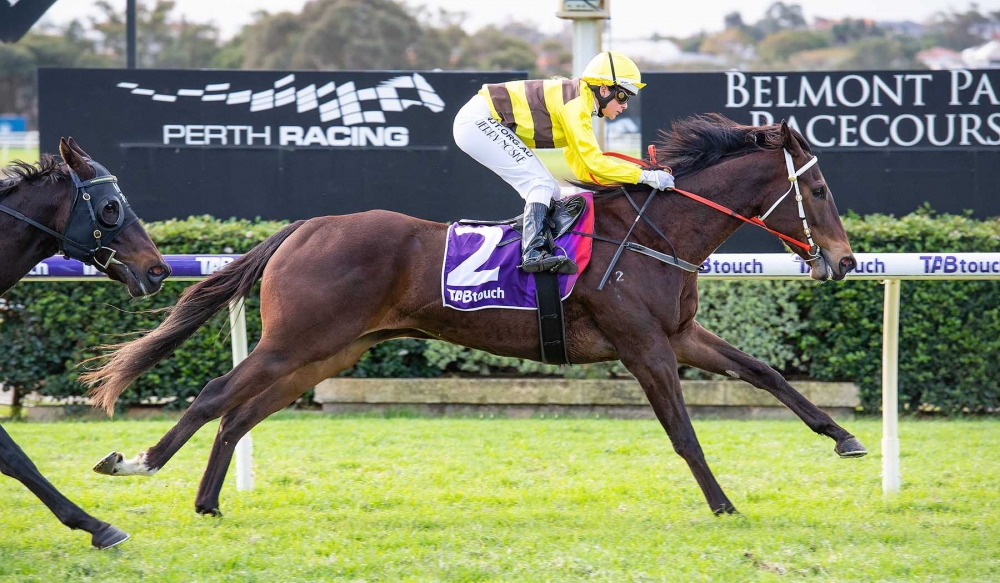