Home The Pres rules at The ’Bool

The Pres rules at The ’Bool

All American sired his first WA-bred interstate winner when 2yo colt The Pres defeated older horses at Warrnambool on Thursday.

The Pres was racing first-up in the Philip Russell Motorcycles Maiden (1200m) and appreciated the drop in grade after two unplaced runs in town earlier this season.   After missing the kick as a $3 favourite, he made up ground along the fence and then took care of front-runner Code Of Arms with a strong finish.

“He never looked in danger as they peeled around the corner into the straight,” syndicate manager Ken King said.  “He’s a big boy and we’ve been patient.  Michael Walker gave him a good ride and thanks to Team Busuttin who continue to do great job.”

The Pres is the fifth individual 2yo winner from All American’s first crop conceived at Geisel Park.  He’s from a WA family that has gone through four changes of ownership in as many generations going back to USA mare Dark Tzarina (Rollicking).

Dark Star did much better at stud with five winners headed by Satan’s Dancer (Dylan Thomas).  She completed a running double at Ascot for Ferrari Racing’s Kim Loxton before retiring to his stud at Serpentine.

Loxton put Satan’s Dancer on the market in 2017 and Ken King bought her with a PPT to All American.  She was part of a forced stock reduction that also included that year’s G1 Caulfield Cup winner Boom Time. 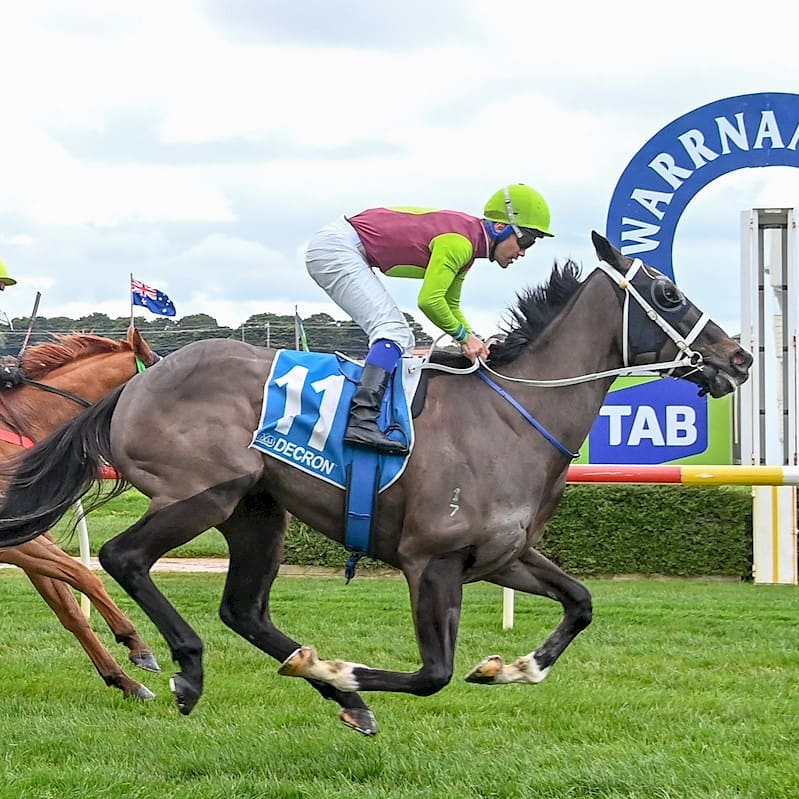