Universal Ruler will finish this season as a Top 5 stallion in Western Australia with every likelihood he will keep progressing up the ladder in 2020-21.

He fills out a Scenic Lodge trifecta in upper reaches of the premiership behind Blackfriars and Snippetson.  The Muchea stud will be winning its 19th sires’ title in a row courtesy of Scenic (9) and Blackfriars (10) and a third resident could join that honour-roll in the not too-distant future.

The Velvet King can kick-start the Universal Ruler push in the G1 Memsie Stakes (1400m) at Caulfield on August 29.  It will be one of four feature events on his radar at the Melbourne spring carnival with an overall prizemoney pool of $3.25 million.

“Peter and I formed an affiliation many years ago in Singapore when I had Universal Ruler and he had Magnus,” McAuliffe recalled.  “With all of the restrictions in Victoria, I will stay here in WA and leave everything to Peter’s expertise and knowledge.”

McAuliffe took Gatting to Melbourne last year to win the G1 Makybe Diva Stakes but elected to keep The Velvet King in Perth.  “He’s the superior horse in my opinion but he was still a bit immature to go east at that stage.

“They will head home from Melbourne in October for the summer carnival and the weights at Ascot shouldn’t be an issue with Bob Peters targeting the Railway and Kingston Town with some of his nice horses.

“The Velvet King is the best Universal Ruler I’ve trained,” McAuliffe declared.  “He’s pretty much my horse.  I foaled him down and we’ve had a real bond from Day 1.”

Universal Ruler (Scenic) sired his 100th individual winner in Australia when Scene To Sin broke her maiden on June 28 in Kalgoorlie.  He embarked on the second century earlier this month with Amber Mamba at Northam and Lucky Heart at Pinjarra.

Scenic Lodge has kept the service fees for Universal Ruler and Snippetson unchanged at $6,600 this year.  Dash For Cash is priced at $2,750.  All fees (inc GST). 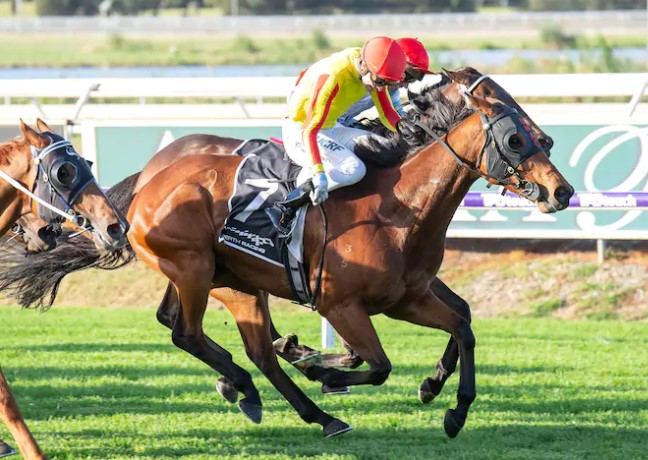