Warbler has redeemed himself with punters following a determined victory first-up for trainer Stephen Miller on Saturday.

The 3yo son of War Chant (USA) speared through a gap on the rails and the ground-saving ride by Willie Pike made all the difference in the TABtouch Westspeed Platinum Maiden (1000m). He fought off Ohsumi (Alfred Nobel) and refused to lie down when the late closers chimed in at Belmont.

Warbler was last seen nine months ago but started a $3.50 favourite following a stable transfer to Miller’s Port Kennedy stables. He had been beaten three times at short prices earlier this season for Grant & Alana Williams.

“Grant did tell me the horse was starting to mature when he sent him over,” Miller said. “He was fired up early but began to relax once he got into this prep. I put him in a trial on Monday when they extended noms and he licked out the feed-bin all week. I monitored him every day and backing up was the right decision.”

Warbler sold for $56,000 through Yarradale Stud’s draft at the 2018 Perth Magic Millions to CB Bloodstock agent Chris Blomeley. He was bred by Vern Brockman and Ron Sayers from Graceful Tune (Key Business) who is an unraced sister to Ascot stakes winners Keyton Grace and Shock Value.

Graceful Tune moved off the mark at stud when her first foal War Anthem won at Ascot in February for trainer Bruce Watkins and she delivered another War Chant colt last November. Brockman has also been in the frame in Victoria as the breeder of Wild Vitality (Vital Equine) who has won two of his last three starts at Ballarat and Echuca. 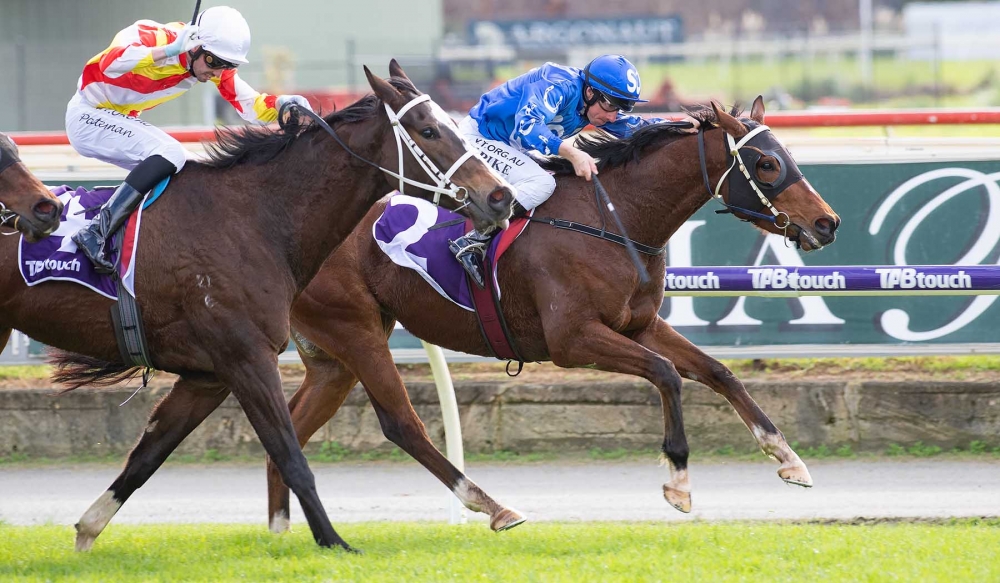