Punters weren’t the only ones cheering as Madam Torio scored a stress-free victory in the Amelia Park Plate (1000m) at Belmont on Wednesday.

The $2.50 favourite hit the ground running for trainer Martin Allan and a syndicate that bought her for just $9,000 at the 2019 Perth Magic Millions.  She wasn’t for catching after the clean getaway to secure a second city win in three starts this preparation.

The value of her dam Sorbatorio (Oratorio) and half-brother were also upgraded ahead of the Mungrup Stud Dispersal Sale in August.  Another beneficiary was her sire I’m All The Talk who took over at the top of the WA 2YO premiership a week out from season’s end.

“I was happy when there was a bit of sunshine around because she’s better on top of the ground,” Allan said.  “She crossed them from the outside gate and it made up for that last-start loss when there were excuses.

“A lung-wash showed up a few allergies and we’ve kept on top of that.  I think she’s a nice filly and will step her up to a Saturday race with the extra money from Westspeed.  She’s been a real bargain for us but the price of her half-brother will be a bit dearer.”

Mungrup Stud has catalogued the Playing God – Sorbatorio yearling colt as Lot 71 and Sorbatorio, in foal to A Lot (USA), is Lot 145.  Sorbatorio is one of 18 mares by Oratorio available and they have been clicking well with Playing God and I’m All The Talk who both stood in the Great Southern before transferring to Darling View Thoroughbreds in June.

Wednesday’s result sent I’m All The Talk ($621,330) above Snippetson ($602,360) for the WA 2YO title.  The First-season flag has already been unfurled as he prepares for an initial book with Brent Atwell at Darling View in Mundijong.

I’m All The Talk (Stratum) goes into the last weekend of the season with All Banter in the LR Lightning Stakes (1050m) at Morphettville this Saturday.  She has opened at $16 in a $100,000 race that resembles a lottery. 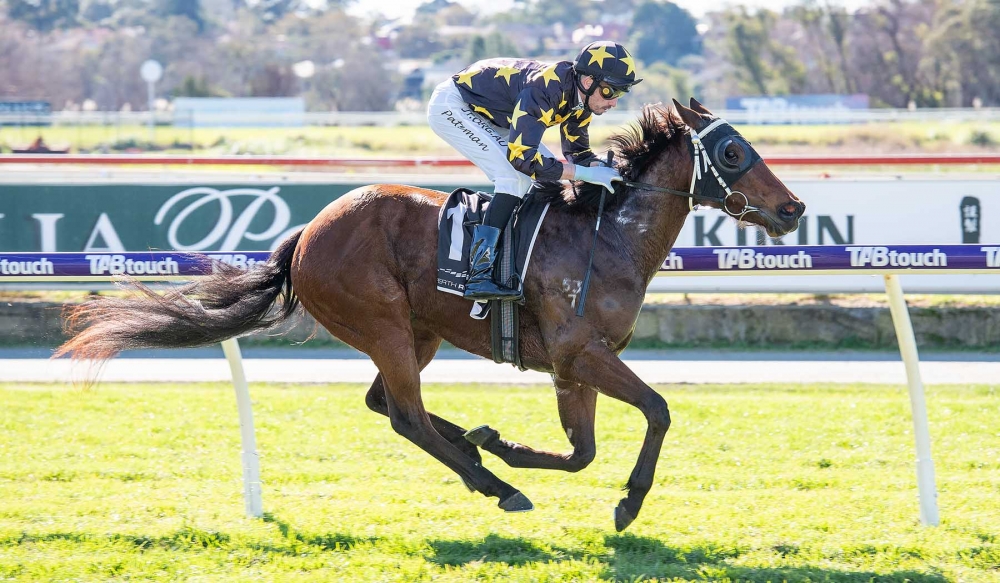