Convicted Man is making up for lost time after missing his entire 3yo season for Gold Front Thoroughbreds owners Alan and Sue Olive.

The Gingerbread Man gelding had been placed behind Little Fish first-up and was at double-figure odds again in the Visit Northam Hcp (1400m) on Thursday.  Given time to settle by Chris Nicoll, he got on the back of The Singing Tiger (Universal Ruler) and then peeled off the favourite’s heels to win running away.

Convicted Man was injured after an initial 2yo prep with Dan Morton and was sidelined for almost a year.  “We decided to bring him back for the 2019 Broome round and he’s a better horse for that holiday,” Sue Olive recalled.  “He came out and won a Bunbury maiden in February and is really starting to the put it together now.”

Yarradale Stud sire Gingerbread Man got him from Convictions (Woodman) who was part of a deal with NSW based Yashraj Breeding when Gold Front was building its broodmare band in 2012.

She hails from a black-type family developed by Newhaven Stud over several generations.  Her dam Arrest (Marauding) was G2 placed in the 1995 Black Opal Stakes and second dam Shackle (Luskin Star) was a G3 winner of the 1987 Tranquil Star Stakes at Caulfield.

Convictions also foaled Prue (Slater) who won twice at Ascot either side of an unplaced run in the 2018 WA Oaks.  She won again at Broome last year and her maiden cover will be to Maschino next month.

Gold Front is launching Melbourne Gr.2 winner Leonardo da Hinchi (Hinchinbrook) at a $5,000 service fee this season.  He is standing alongside Melbourne Gr.1 winner Awesome Rock (Fastnet Rock) who is priced at $6,500.

Awesome Rock has his first 2yo crop ready to run and the Olives have received positive reports from several of his youngsters with Wellard breaker Kane Land.

Sue Olive can be contacted for stallion bookings and further information on 0417 937 606. 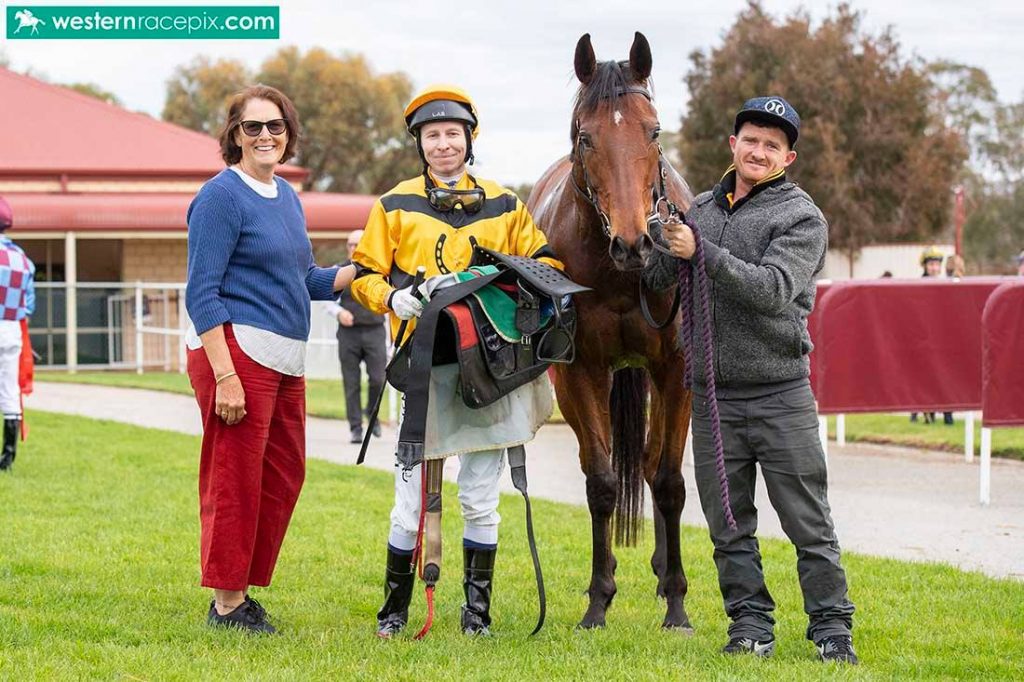