Belmont showcased an escalating force in WA stud ranks when Darling View Thoroughbreds filled out a trifecta in the TABtouch Westspeed (1200m) on Saturday.

Queen Brown then came out and completed a running double for Patronize in the Happy 30th Beau Plate (1400m) before Nerodio (Playing God) made it a treble for the Mundijong nursery in the Bernard Couch Memorial (1200m).

Don’s Legacy is trained by David Harrison and he gave winning jockey Chris Graham riding instructions from Mt Barker while inspecting stock at the dispersal of Mungrup Stud.  And the Irish-born, mature-age apprentice followed that advice to the letter.

“He need the run first-up last month and Mr Harrison was keen for him to lead today,” Graham said.  “I bustled him out of the gates and we got some easy sectionals.  That helped him come home strong.”

Don’s Legacy’s dam Just Gift (Xaar) is a close relation of Fair Alert (G2 Winterbottom Stakes) and her only other foals have been bush winners by Bearcat and Scandal Keeper.

The judge didn’t need a print when Queen Brown put panels on her rivals at Belmont.  The short-priced favourite has won 3 times in 6 starts earning $200,000 for trainer Dan Morton and a large syndicate who bought her for $28,000 from Western Breeders Alliance at the 2019 Perth Magic Millions.

Queen Brown lobbed in a perfect spot for Chris Parnham but he had to take evasive action following the wayward Castillo Del Lago into the straight.  “It was a good tempo and Chris is riding in white-hot form,” Morton said.  “She’s a quality filly and the blinkers have been the difference in her last two wins here.”

Bred by Darling View Thoroughbreds, she is from Red Belly Black (Rock Of Gibraltar) who was a Flemington winner for Lindsay Park.  Her last two foals are by Darling View sire Lucky Street (Oratorio).

Nerodio is the 7th individual winner by Playing God since it was announced he would be moving to Darling View.  A homebred for Livio and Renato Divitini, he’s the first foal of another Lindsay Park winner – Black Carat (Lonhro).

“He was left in front a long way from home but was still strong on the line,” trainer Steph Bakranich said.  “We keep his runs spaced and I added a cross-over nose-band today because he’s been racing with his head high.”

Black Carat is a half-sister to Ascot stakes winner Doyoudare (Langfuhr) and the dam of Playing Marika (Playing God) who has won at Ascot & Belmont for Bakranich and the Divitinis. 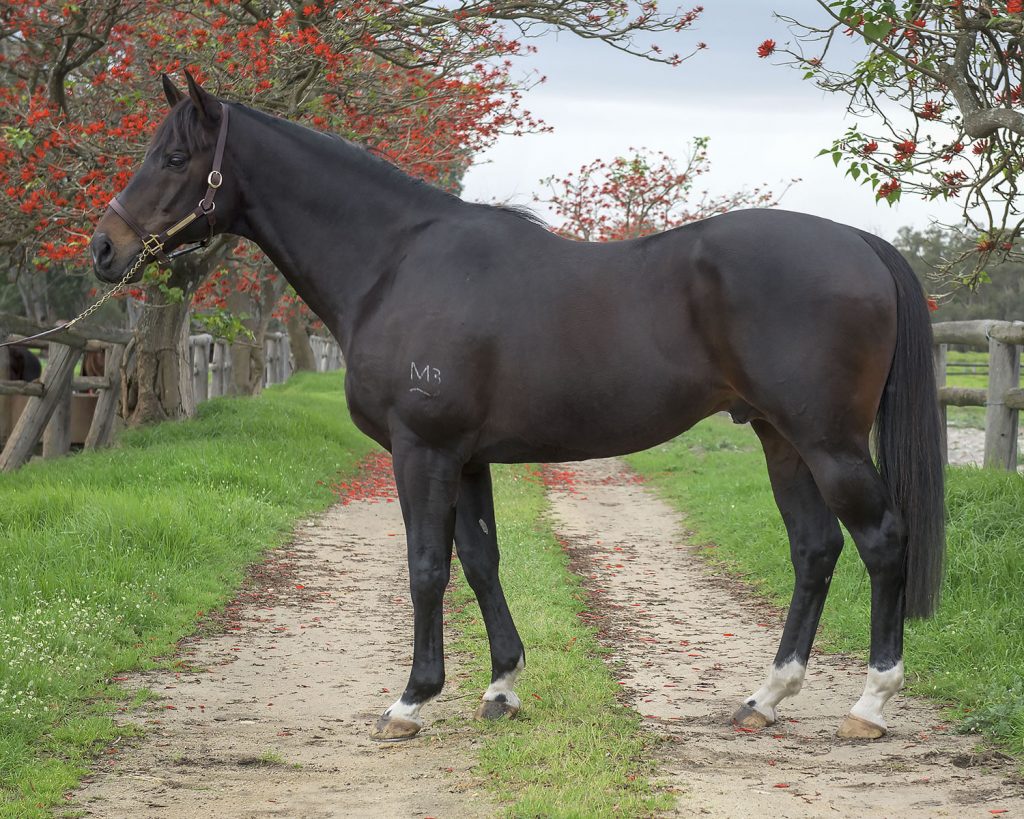