Devine Beast looked one of this season’s better maiden winners at Kalgoorlie when she rocketed home in the Newlands Engineering Maiden (1200m).

The Geisel Park homebred had been unplaced twice at Belmont in July before Ascot trainer Simon Miller sent her to the Goldfields. She will stay there in the care of Peter Fernie and will be winning again on the strength of last weekend’s victory.

Devine Beast (Magnus) was retained by Geisel Park owner Eddie Rigg after being passed-in at the 2019 Magic Millions Winter Yearling Sale. He races the 3yo filly in a syndicate that includes Todd Duffridge and Ramsey Ismail.

Her dam Tenko (Shinko King) is a NZ-bred mare who almost ended up as polo pony after being discarded as a racing proposition. Washdyke-based Esther Black took up the challenge and so did the mare who won first-up for the Scottish-born trainer at Hokitika in March 2009.

Tenko had won a Gore juvenile on debut but her form tapered off at three. “I thought that if she didn’t make it, I would teach her to play polo,” Black recalled. “My husband Tim is a polo player but the mare was subsequently sold to clients of Jon Sargent and won another race before going to stud.”

Sent to Australia in 2013, Tenko was later sold for $15,000 at the 2017 Inglis Great Southern Sale when agent John Chalmers bought her for Rigg carrying Devine Beast. Her latest foal is a new-season yearling by All American.

Geisel Park stands All American for a $6,600 service fee this season while French Group 1 winner Vert De Grece is priced at $4,400. All fees (inc GST). 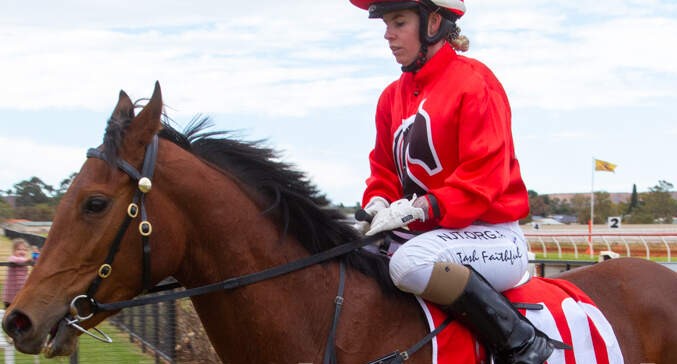