Gingerbread Man filly Chili Is Hot will head for a spell after keeping her winning strike-rate intact for owner-trainer Graeme Ballantyne on Saturday.

A debut winner at Pinjarra on August 20, she buttered up with another impressive victory in the Peninsula Dining Room Plate (1400m) at Belmont. “I was going to put her in the paddock but decided to go again when they extended noms for today,” Ballantyne said. “She had gone ordinary in her first two trials last month but Jason (Whiting) told me there was a bit there.

“She still did things wrong at Pinjarra but the field opened up and she really hit the line.”

Chili Is Hot (3f Gingerbread Man – Society Gal by Faltaat) is bred to get over ground – her dam is a sister to G1 HK Champions Mile winner Sight Winner – and she knuckled down to nail Kerman Rock (Snippetson) on Saturday.

“She’s a tough little filly with an attitude and a big motor,” Whiting said. “She put her mind on the job today and got to the front pretty easily in the straight. She probably could have won by more but got lost in the last little bit.”

Chili Is Hot was bred by Gold Front Thoroughbreds and races for Ballantyne and his wife Donna from their stables at Karnup. She’s a Westspeed Platinum filly and goes for a spell with $93,850 in the bank.

Gold Front owners Alan and Sue Olive have a yearling half-brother to her by their Group 1 winning stallion Awesome Rock and their (NZ) dam was bred back to him last October.

His last-start Northam maiden winner Convicted Man, a Gold Front homebred, has been nominated to bring up an Avon Valley double this Thursday. 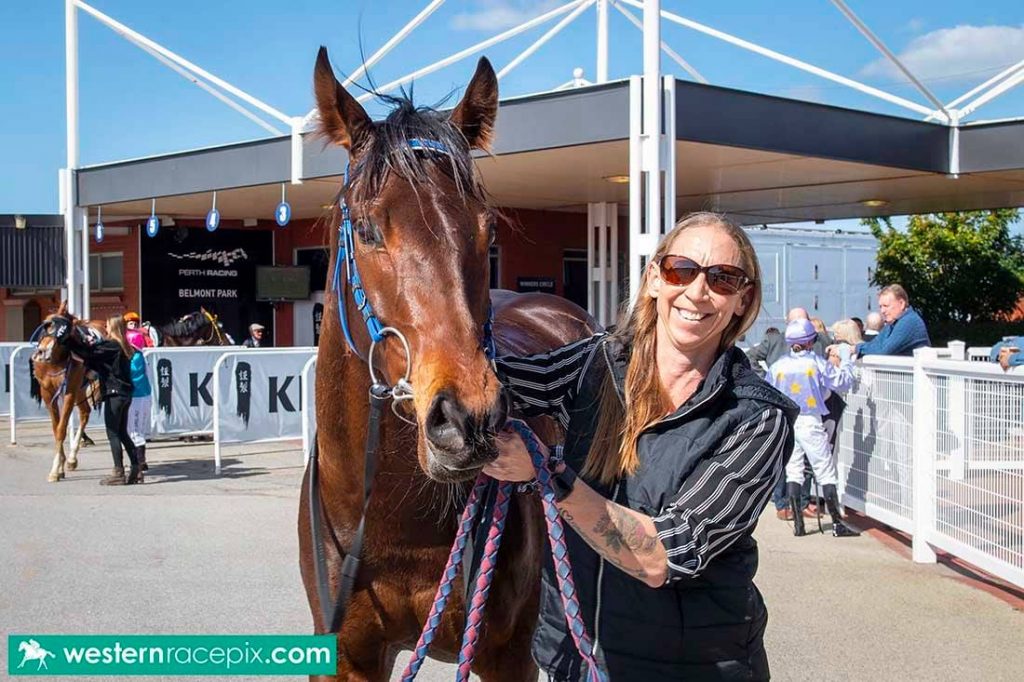