Home Improving Madam by I’m All The Talk

Improving Madam by I’m All The Talk

Madam Torio rates among the most improved horses in training during the current winter season at Belmont.

The pocket dynamo won her third race in four starts this campaign with another brilliant front-running exhibition in the Peninsula Dining Room Plate (1000m) on Saturday.  She scooted to a four-length lead in the straight and was still a couple of panels clear on the line.

“She should be unbeaten this prep,” trainer Martin Allan claimed.  “After her only defeat, we found out she was suffering from allergies so there were excuses that day.”

Madam Torio is from the first crop of Darling View Thoroughbreds sire I’m All The Talk and is just 15 hands.  “She’s only small but she’s got a heart of gold,” Allan said.  “Her younger half-brother by Playing God sold at the Mungrup Stud Dispersal last week and he’s already bigger than her.

Their dam Sorbatorio (Oratorio) is an unraced half-sister to No Questions (G2 Karrakatta Plate) and French Favourite (LR Raconteur Stakes).

Allan says she does best when kept fresh on firmer tracks and he’s looking forward to a $100,000 3yo race over 1000m when Ascot resumes on October 10. 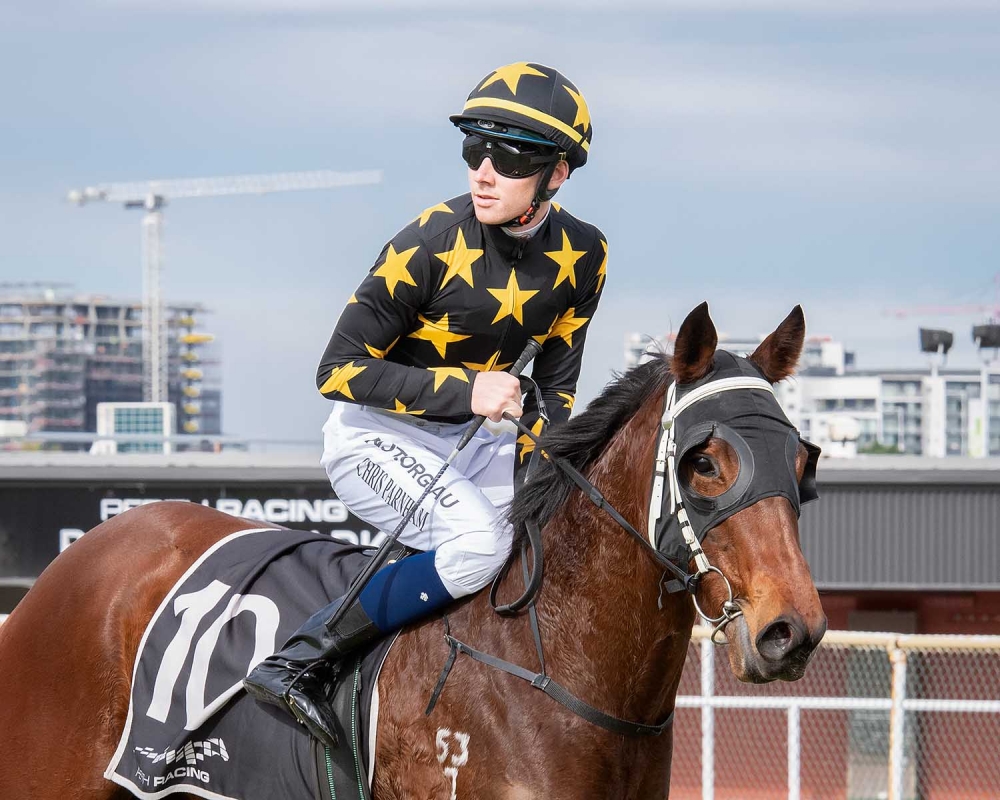