Western Australian buyers were active at the Magic Millions National Sale purchasing broodmares, yearlings and foals on the Gold Coast between July 27 and August 4.

Capel-based Misty Valley Thoroughbreds topped the WA contingent at the Broodmare Sale with $95,000 for Amthaal (Lonhro).  A Lindsay Park-trained Pakenham maiden winner, she was offered by Widden Stud in foal off a maiden cover to Written Tycoon.

Beynon parted with $60,000 for Anglissa (Animal Kingdom) with a PPT to So You Think.  She is an unraced daughter of G1 Flight Stakes winner Danglissa and her first foal is a new-season 2yo filly by Press Statement.

Belhus Racing’s Peter Morley bought two lots at the National Yearling Sale.  A NZ-bred filly from the first crop of G1 Victorina Derby winner Tarzino changed hands for $30,000.  And a Real Impact (Jpn) colt from a daughter of Caulfield stakes winner Lady Elsie was one of many knock-down bargains at $15,000.

Ascot trainer Simon Miller can pick a foal and he backed that judgement with $32,500 for a Choisir filly at the National Weanling Sale.  Her dam Primaluna (Charge Forward) is a winning half-sister to Odyssey Moon (G3 VRC Standish Hcp).

Miller had purchased Levitate (Husson) for $40,000 at the 2017 Inglis Australian Weanling Sale and that looked money well spent after another Belmont victory on July 11.

Agent Pippa has had several changes to her registration papers since Wes Martin and Nathan Hebbard purchased her from Taunton Vale breeder Kent Johnston.  Melbourne businessman Rod Menzies bought a half-share following a debut win at Ascot and she was later sold to a syndicate managed by Australian Bloodstock’s Luke Murrell and Jamie Lovett.

Gold Coast-based Chris Lee, trading under A List Group Holdings, added Agent Pippa to his $2 million plus shopping-list at the National Broodmare Sale.

Kiss Bang Love was targeted by Belmont Bloodstock’s Damon Gabbedy in foal to Trapeze Artist.  She was originally purchased by trainer Russell Stewart for $9,000 from the Taunton draft to the 2016 Perth Magic Millions. 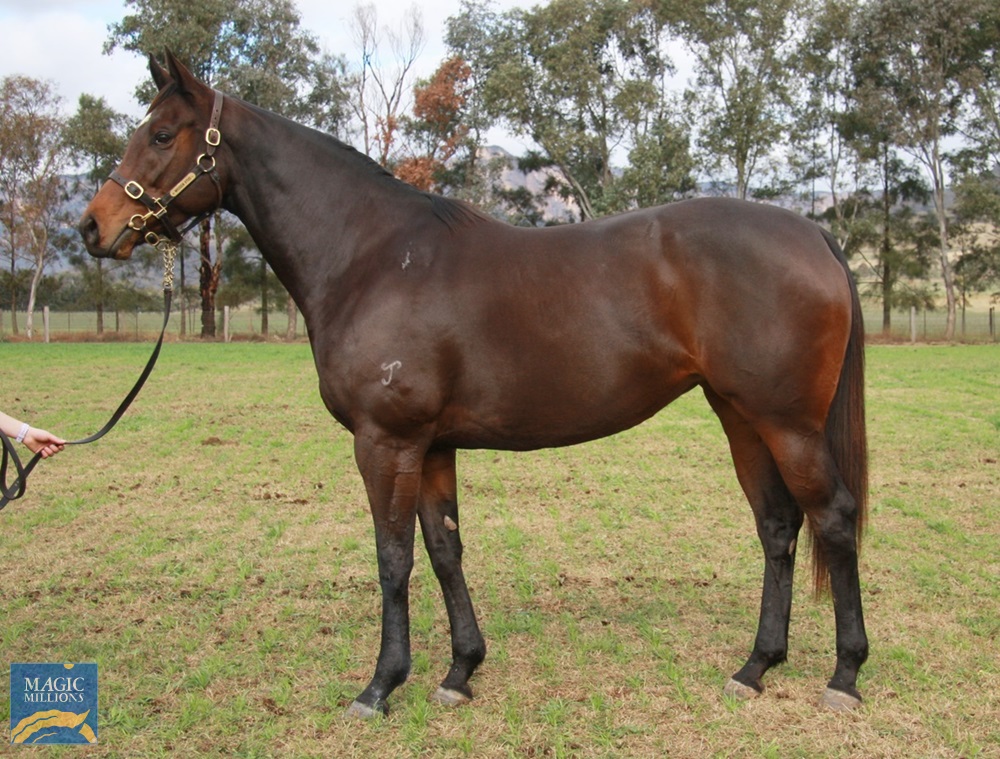