Massimo stands head and shoulders above the 17 individual winners from the first crop of Oakland Park sire Sessions.

The Adam Durrant-trained gelding sent his earnings past $652,000 after winning the Blue Spec Stakes (1650m) at Belmont on Saturday and there could be another generous deposit in the Goldfields next month.

Durrant will set Massimo for the LR Hannans Hcp (1400m) at Kalgoorlie on October 1.  It’s worth $120,000 and would add a second black-type credit to his record following the LR Placid Ark Stakes at Ascot last November.

Massimo (4g Sessions – Highest by Marscay) has been up since April and is racing as well as ever for jockey Clint Johnston-Porter.  On Saturday, he was left in front a long way from home when Wrinkly compounded but was brave to the finish under 60kg.

“He settled and got cover when Wrinkly amped up pace,” Johnston-Porter said.  “I thought we were in a bit of trouble when Western Temple came with a challenge but he extended and then I knew we had it the bag.”

Massimo is raced by Oakland Park owners Neville and Susan Duncan and Durrant’s sister Renee.  The Duncans bought his dam Highest for $27,000 at the 2013 Inglis Easter Broodmare Sale and her final foal is Safeguard 2yo filly named Minno.

Sessions was a Top 10 Australian second-season sire in 2019-20 with earnings of $1.71 million and he was a runaway winner in that category for Western Australia. 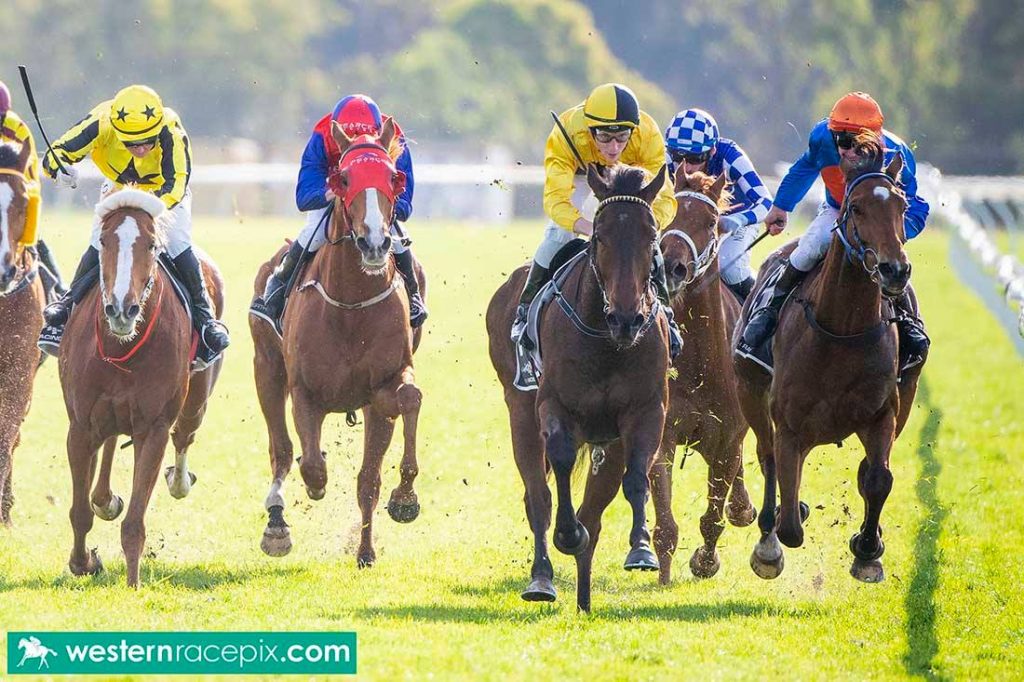