Champion jockey Willie Pike was forced to ride Silkinize for luck at Belmont on Saturday and it paid off in the Amelia Park Hcp (1000m).

Things didn’t go to script for the odds-on favourite who was still last at the top of the straight before weaving through traffic for a narrow victory over Why Choose Her. Silkinize has now won 4 times in 10 starts for trainer David Harrison.

“Everything that could go wrong did!” a relieved Harrison said. “He’s got a good finish if he sits back but he needs luck and luckily it turned out good today.”

Pike’s ride was a replica of his well-timed finishes wearing cerise and white silks. Those winners are by high-priced stallions based in the Hunter Valley whereas Silkinize is a son of Patronize who stands for a $4,400 fee at Darling View Thoroughbreds.

“The plan was to settle midfield,” Pike admitted after his first ride on the lightly-raced sprinter. “I didn’t want to be all over the speed early but then things went from bad to worse. I couldn’t afford to peel out in the straight and luckily he had a nice kick late.”

Various members of that partnership have been breeding winners from the family going back to second-dam Sunsilk (Ron Bon). 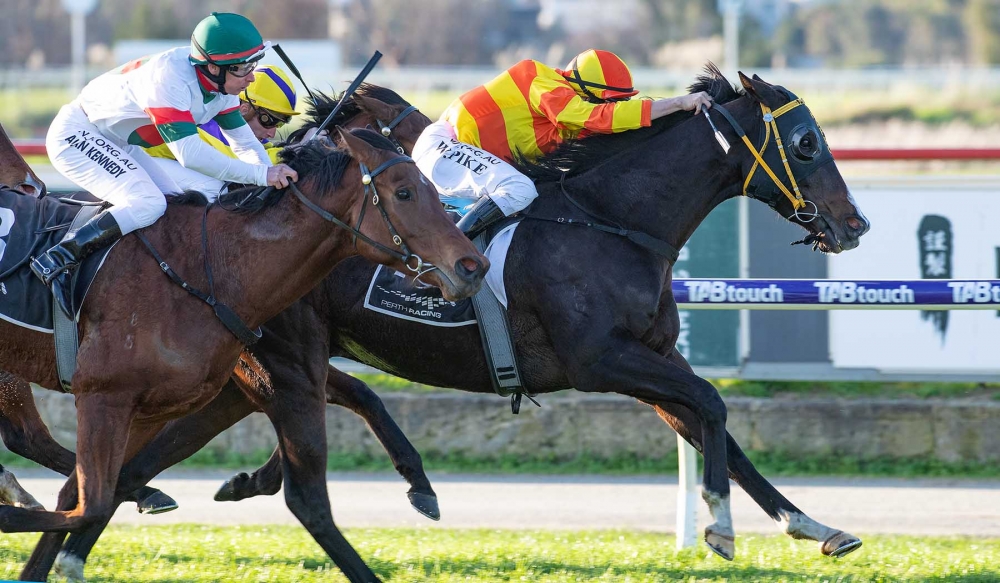