Balmoral Park owner Neil Irvine and his team at Bedfordale have unearthed another very impressive winner at the latest Belmont midweek meeting.

Their homebred 3yo Triple Missile bolted in when making his debut in the Mumm Champagne Hcp (1200m) on Wednesday.  The Smart Missile gelding burst through a gap in the straight and won by a widening two lengths.

Agent John Chalmers had purchased his USA-bred dam Triple Latte (Medaglia d’Oro) on behalf of Irvine for $24,000 at the 2017 Inglis Great Southern Sale when she was carrying Triple Missile.

“He’s a push-button professional,” trainer Todd Harvey said.  “He’s improving all the time and hasn’t put a foot wrong.  We may give him one more run before looking ahead to race like next year’s Belmont Guineas.”

Triple Latte (USA) was placed at Aqueduct in New York during a sole 3yo prep before being exported to Australia.  Second dam Miss Mary (Southern Halo) was a Group 2 winner in Argentina and her full-sister Miss Linda won the G1 Spinster Stakes at Keeneland.

Balmoral Park manager Brian Collison reports Triple Missile impressed from the outset even though he was a little immature mentally and physically.  “We’ve always had have a bit of an opinion of him.  He’s got a great stride.  We took our time when he was an early 2yo and he’s still learning the trade.

“Triple Latte foaled a cracking colt by Proart on Wednesday night and the mare is tentatively booked to War Chant this season.  Her 2yo is a Proart filly and she’s already showing ability.  She’s a ripper type and is back in pre-training here before going down to Todd next month.”

Proart (Rock Of Gibraltar) stands at Balmoral Park and his service fee is on application.  For bookings or further information, Collison can be contacted on 0411 055 164.

Reykjavik (Artie Schiller) can complete a memorable week for Balmoral Park when he carries its familiar light blue and white checked colours in the G1 Sir Rupert Clarke Stakes (1400m) at Caulfield on Saturday. 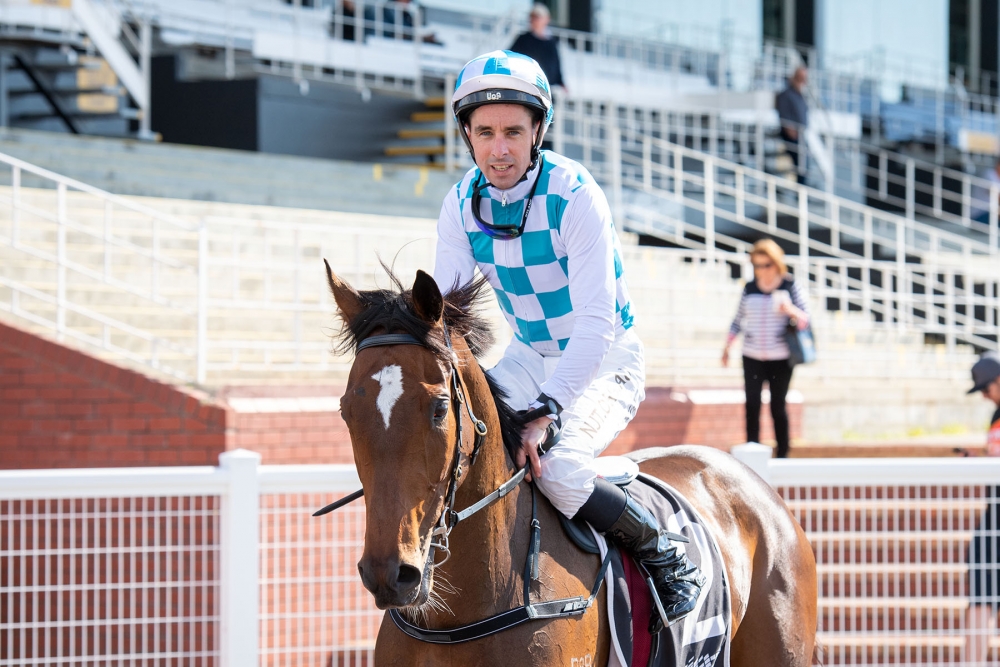