The 2020-21 WA sires’ table had a familiar look on Monday morning following a Blackfriars blitz on the weekend.

The Scenic Lodge champion led the premiership when TBWA posted the first ladder of the season on September 3.  But he was no more than a Saturday city win ahead of Patronize, Trade Fair, Bradbury’s Luck and Playing God.

Fast-forward three weeks and Blackfriars ($670,085) has opened up a huge lead over Gingerbread Man ($386,460) who has risen to second spot thanks to Coming Around in Melbourne and Phanta in Perth.

Blackfriars sired a winning treble at Belmont on Saturday – Indigo Blue, Last Of The Line & Bonneville Black – for total prizemoney of $147,300.  And he was back in business at Kalgoorlie on Sunday when Friar Fox and Divine Shadow filled out the quinella in the $100,000 Boulder Cup.

Friar Fox (6m Blackfriars – Pearlesque by Statoblest) was winning her second Listed event for owner-trainer Justine Erkelens.  Her first had been in the 2018 Natasha Stakes at Ascot.

A bargain $14,000 buy from Scenic Lodge at the 2016 Perth Magic Millions, she has now earned $421,205 including Westspeed bonuses of $75,000.  “She doesn’t like being boxed.  It just fries her brain,” Erkelens said when the mare was brought back home from on-course accommodation in Victoria last year.  “She’s just got to be out in a rural area.”

Erkelens trains at Muchea, not far from Scenic Lodge, and she has another Kalgoorlie Cup in sight to go with her first with Action Pak (Star Pak) in 2008.

Scenic Lodge bred a full-sister to Friar Fox from the last crop sired by Blackfriars and she was purchased by Melbourne trainer Ciaron Maher for $85,000 at this year’s Perth Magic Millions.

“We were so lucky to stand Blackfriars,” Scenic Lodge’s Jeremy Smith said at the WA Thoroughbred Awards on Saturday evening.  “He was an amazing stallion and did so much for us and the wider industry in Western Australia.”

Smith and his father David had just accepted the 10th Champion sire award for Blackfriars.  “It was his best season on record with two Group 1 winners – Black Heart Bart & Come Play With Me – for over $6 million in prizemoney.

“It’s also really good to see his son Playing God making such an impression to ensure the Blackfriars legacy lives on.” 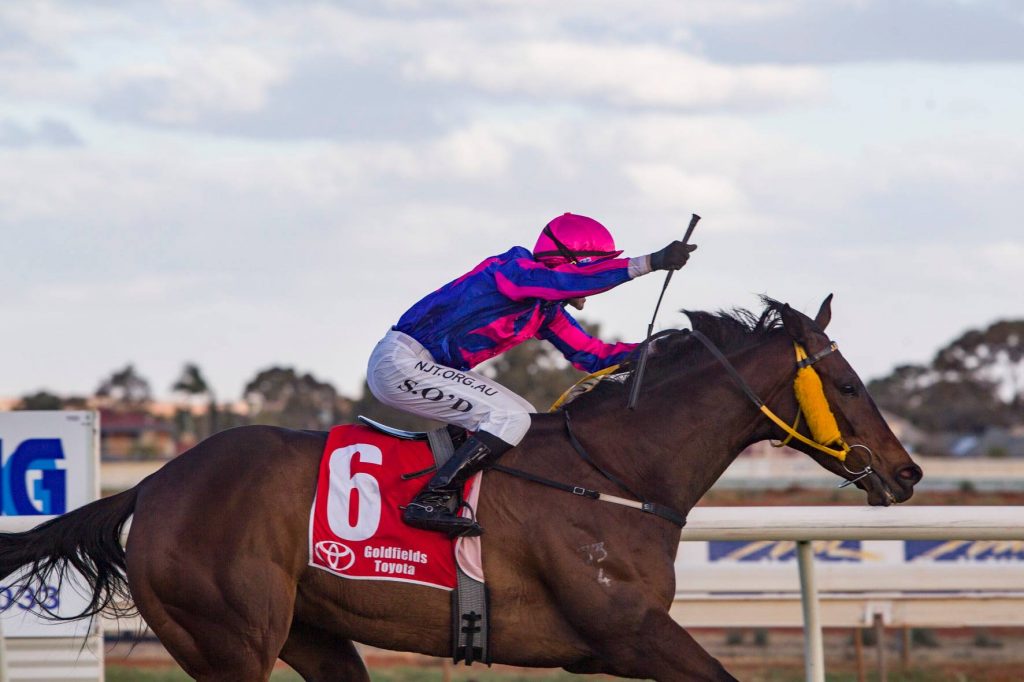