The Chris Munce-trained sprinter-miler continued her rich vein of form with a three-length victory in the LR Brisbane Quality (1630m). She has earned $188,000 in her last four outings which included an Eagle Farm double and a last-start second to The Candy Man.

“What a mare! It was good to see her win black-type for the owners, too,” Munce said. “She’s been up for a while but really enjoys stable life. She just bounces around and loves all the attention.”

Skate To Paris (6m Bradbury’s Luck – Paris Blu by Murphy’s Blu Boy) settled off the pace from a wide gate but was a class above her rivals when asked to quicken. “That was an amazing win,” Munce continued. “She’s hard and fit and only needed an ounce of luck from the draw. Larry (Cassidy) found a spot midfield and she did the rest.

“The Magic Millions Raceday is her long-term goal in January. It’s hard to tip them out while they’re winning but she will have to have a break sooner rather than later.”

Her dam Paris Blu is from the family of G2 Hollindale Cup winner Super Slew. She won 6 races and over $200,000 but that has been well and truly usurped by her daughter who has now earned $536,000.

Bradbury’s Luck latest 2yo crop got cracking last Monday when Tiny’N’Tuff won a Lark Hill trial for trainer Dion Luciani. Some of his other named youngsters include Twice Lucky and Maarie. 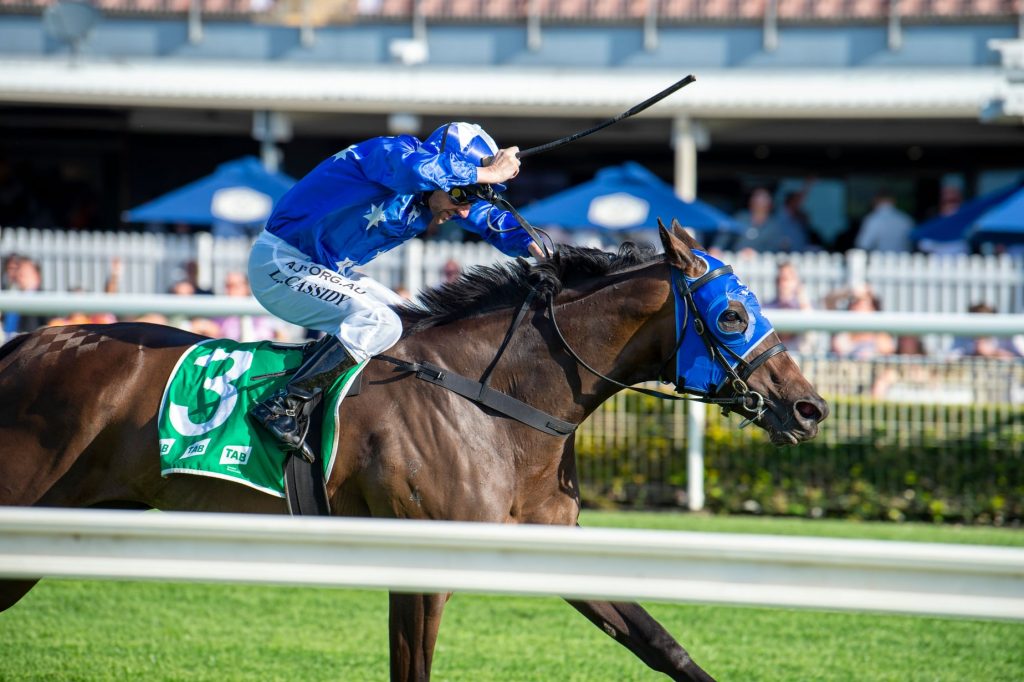