Westbury Park sire My Admiration has added another two winners to his Belmont scorecard courtesy of Native Chimes and Moderator.

Wednesday’s double sent My Admiration into the WA Top 10 when the first sires’ table for 2020-21 was published this week.  His other Belmont winners this season include Ration Aly (2), Speedbird and Eeyore Wayz who is on a hat-trick in the Amelia Park Hcp (1200m) this Saturday.

Native Chimes (4m My Admiration – Native Song by Mellifont) won the Schweppes Hcp (1400m) for Justin Warwick who trains her for a partnership that includes his wife Carol, Trevor Nesbitt and Ross Waddell.  She had won a Kalgoorlie maiden in March and was dropping back from 1700m last time out in July.

Showing a quick turn of foot after six weeks on the sidelines, Native Chimes accelerated to a big lead and cruised home by more than two lengths.  “She had some time off with a leg injury so it was good to see her come on strong in the straight,” stable rep Bonny Rodwell said.  “She’s a character and spirited but is great to work with.”

Moderator was rated a future money-spinner for My Admiration in the latest Sunspeed Stallions Magazine and he’s fulfilling that promise for trainer Brock Lewthwaite.  He joined in at the furlong from well back in the field to win the Iron Jack Hcp (1650m) by a half-length on Wednesday.

Moderator (5g My Admiration – Miss Iridium by Geiger Counter) is a homebred for Alan McAlister and is a half-brother to LR Crawford Stakes winner Highly Toxic (Sandtrap).

My Admiration (Encosta de Lago) stands for a $4,400 service fee with Phil Ibbotson at Westbury Park.  His Magic Millions 3YO Trophy winner Cryptic Wonder was sold to Hong Kong earlier this year and has been renamed Joyful Master.

Joyful Master has been recorded on the Sha Tin work-log trotting and cantering during the off-season for trainer Peter Ho. 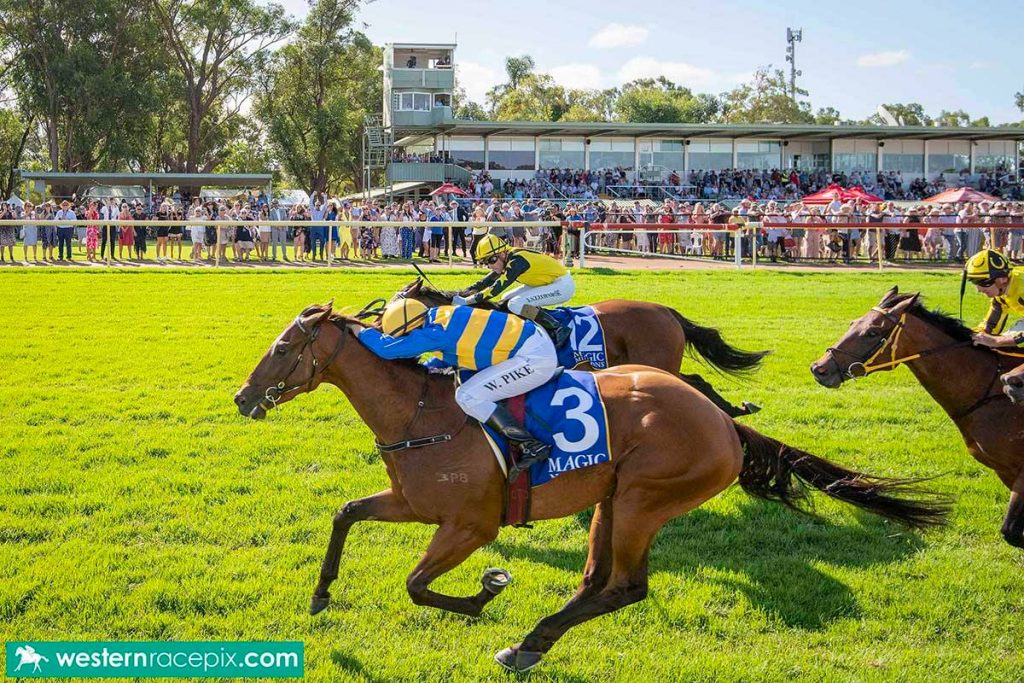