Patronize has played a sole hand for Darling View Thoroughbreds over the years and he’s not about to be overawed by a couple of young guns new to Mundijong this season.

Bred to succeed at stud, Patronize is a Redoute’s Choice three-quarter brother to Exceed And Excel and he was back in the news when Patristic won the Byron Bay Premium Lager (1400m) at Belmont on Saturday.  The Greg Cave-trained gelding was given a one-out, one-back ride by Kristy Bennett to defeat the Peters Investments pair Western Pride (Animal Kingdom) and Inspirational Girl (Reliable Man).

“We decided to get some cover today and the tailwind helped coming home,” Cave said.  “Kristy has won five on him and only ever rides him on raceday!”

Patristic was a $41,000 buy for Jayne Busslinger at the 2016 Perth Magic Millions and he has won 7 races for prizemoney approaching $200,000.  Patronize sired him from There She Be, a Bletchley Park mare owned by Huwin Stud’s Hillary Williams.

“He had always shown a bit of promise,” Busslinger recalled.  “I took him up to Broome as a winter 3yo but he didn’t handle the sand track up there.”

Patristic was transferred to Donna Riordan after Busslinger suffered a fractured hip on the Pearl Coast and he won a Belmont maiden first-up as a spring 4yo.  There were further wins at Ascot (2) and Pinjarra (2) when Busslinger was back on deck and now he firing for Cave since another stable transfer earlier this year.

Bennett has been a constant presence since a Pinjarra win last December.  “Greg does all the work at home,” she said after returning to scale on Saturday.  “But we’ve bonded and he always tries the hardest.”

Darling View newcomers Playing God and I’m All The Talk returned to the spotlight on Saturday night at the 2020 WA Thoroughbred Awards.  Kay Cee (Playing God) was named 3YO Racehorse of the Year and she will return in the G3 Northerly Stakes (1400m) at Ascot on October 17 in advance of her quest for a second G1 Kingston Town Classic.

Watch Me Dance (I’m All The Talk) earned 2YO Racehorse of the Year honours for winning the G3 WA Sires’ Produce Stakes and running unlucky placings in the G2 Karrakatta Plate and RL Magic Millions Classic. 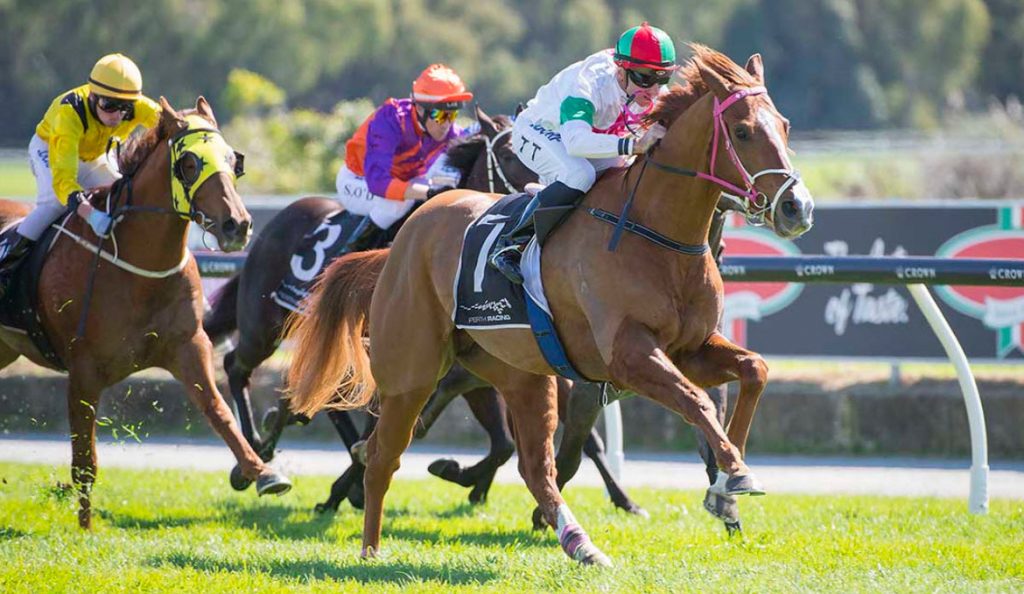