Mogumber Park resident Safeguard was back in the frame for a third time at Belmont this month when Precautionary led from go-to-whoa in the Glenroy Chaff Plate (1400m) on Saturday.

Precautionary finished just behind the placegetters first-up and she returned to Belmont off a seven-day break to win under stable apprentice Beaux Banovic-Edwards.  She hadn’t dodged a soul as a juvenile while facing the starter in the RL Magic Millions Classic, G3 Gimcrack, G2 Karrakatta and G3 Sires’ Produce Stakes.

“It wasn’t my first intention to back up but I was happy enough to go again when the entries were held over,” trainer Fred Kersley explained.  “I gave Beaux the option of leading.  She’s a good rider.  I like her style and horses run for her.

“Precautionary is in good order and hopefully there’s a nice race in her this prep.”

Safeguard had struck in town with Carabinier and Captain Burglar earlier in September and his third winner cost $30,000 from Mogumber Park at the 2019 Perth Magic Millions.  Her dam Jinsky Magic (Ihtiram) won at Ascot and her 2yo full-sister is also with Kersley after making $40,000 at this year’s Magic Millions.

Mogumber Park won the 2018-19 WA Champion 2YO and First-Season sire titles with Safeguard and the Bullsbrook nursery is looking forward to the first progeny of its Group winning stallion Rommel this season.

Rommel’s first 2yo to appear at the trials was Rommel’s Command who finished third over 400m on September 14.  Trainer Martin Allan plans to give him another hit-out at Belmont on Tuesday.

Fellow Ascot conditioner Simon Miller is also pleased with his Rommel – Kyleena filly that’s been named Desert Vixen by owners Barry & Jan McRostie.  She made $100,000 from the Mogumber Park draft to this year’s Magic Millions.

“She’s my only Rommel and she’s a natural,” Miller said when quizzed on Desert Vixen’s progress last week.  “She’s got a brain and broke in without any problems.  Nothing bothers her and she seems to enjoy being in the stable.” 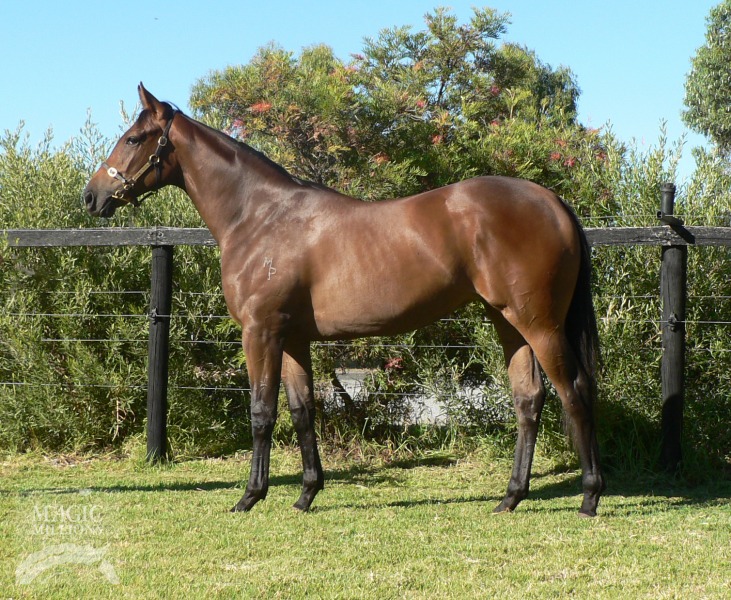