Gemma’s Son announced his arrival as Perth’s next sprint star with a formidable front-running victory in the Amelia Park Plate (1000m) on Saturday.

The Snippetson colt drew the curtain on the final Saturday meeting of the winter season at Belmont with a first-up performance that can resonate right through spring and summer.

Gemma’s Son (3c Snippetson – Princess Gemma by Dr Fong) speared straight to the lead against a field that, while light on numbers, had loads of depth.  He was never for catching under 3kg claimer Kristy Bennett clocking a final sectional of 33.12s that was far and away the best 600m split of the day.

“He had a foot abscess and missed a trial so was a fraction soft coming into today,” trained David Harrison said.  “But I reckon he’s improved three or four lengths since last season and that will bring him on for Ascot.  He’s a hard-goer and will get himself pretty fit pretty quick.  He’s a progressive jump and run horse and Kristy rated him well in front.”

Stable plans call for a second-up appearance in a $100,000 3yo sprint over 1200m at Ascot on October 10 leading into the LR Belgravia Stakes at the same track and trip on October 24.

Bookmakers have posted Gemma’s Son at $18 for the G1 Winterbottom Stakes (1200m) at Ascot on November 28.  If the million-dollar weight-for-age sprint proves a touch too tough at this stage of his career, the LR Placid Ark Stakes (1200m) against his own age group a week earlier is an obvious alternative.

“He’s a forward-moving horse and crossed them easily,” Bennett reported.  “We managed to catch a breather in front and then he kicked and found again in the straight.”

Gemma’s Son went into this year’s G2 Karrakatta Plate as a short-priced favourite on the back of an unbeaten record that included wins in the RL Magic Millions 2yo Classic and LR Perth Stakes.  He gave ground in the straight to finish fourth, albeit less than a length from the winner Ima Single Man.

Harrison bought him for $20,000 from Scenic Lodge at the 2019 Perth Magic Millions.  His dam Princess Gemma won at all four Sydney tracks up to 2000m and her current 2yo is a Snippetson filly with Roy Rogers.  She is back in foal to Snippetson off an early cover this season. 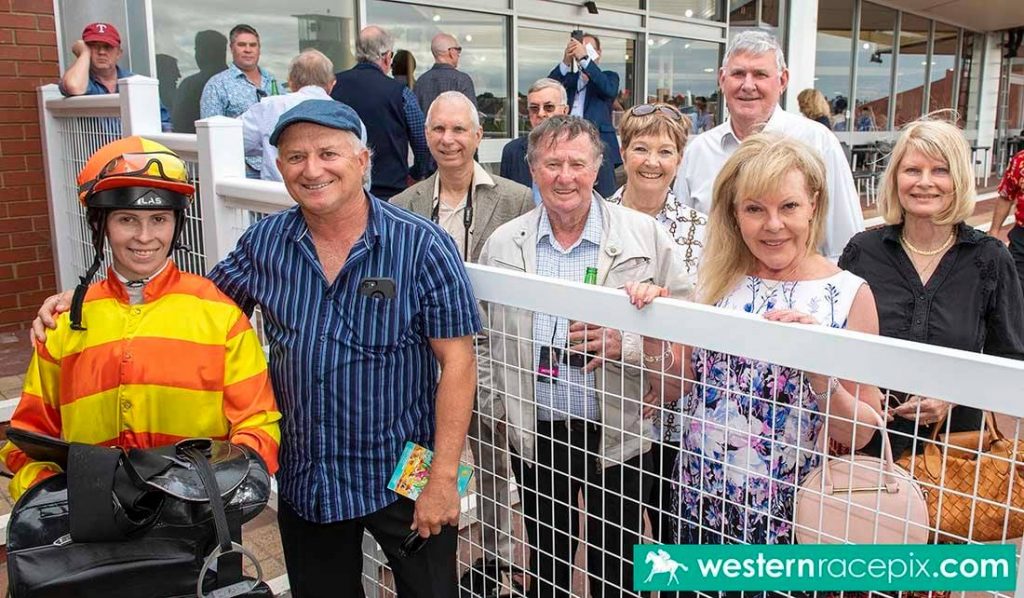