Tiny’N’Tuff grabbed pole position for next month’s Initial Plate when she claimed the first 2yo trial of the season at Lark Hill on Monday.

In what could be a replay of last year’s early-season juvenile form, the Bradbury’s Luck filly jumped straight to the front in the 400m dash and won untouched under Brad Parnham.

Tiny’N’Tuff is trained by Dion Luciani for Loloma Farms owner Kevin Fowler.  They won the first 2yo trial last year with Bumper Humper and she doubled up the Initial Plate.  Parnham steered her, too.

Yarradale Stud stallion Bradbury’s Luck sired her from Jobeth (Johannesburg) who won twice over a mile at Ascot before claiming the 2012 Albany Cup for local trainer Steve Wolfe.  She hasn’t set the world on fire at stud but her fourth foal could redress that record this season.

“We sold Tiny’N’Tuff as a foal at the 2019 Magic Millions Winter Sale,” Yarradale manager Bernie Hamill recalled this week.  “She wasn’t very big so I guess that’s where they got the name!” 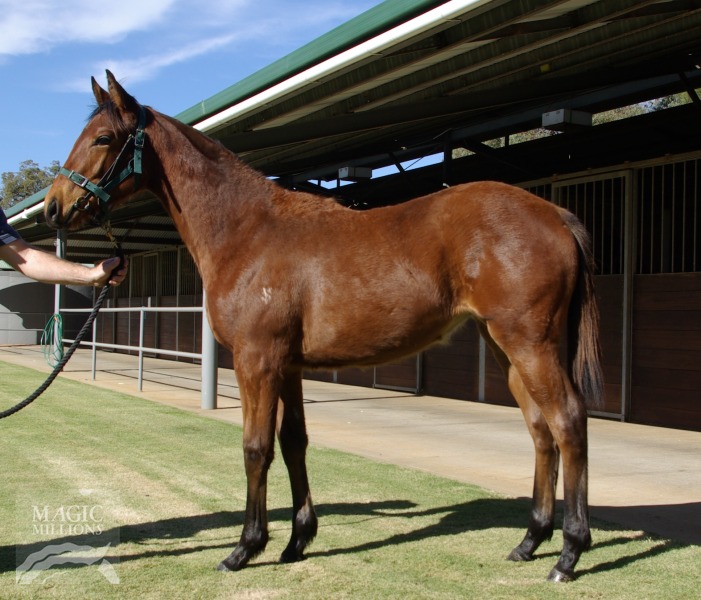