When one of his Group 1 gallopers was sidelined last week, Jimmy Choux had one in reserve with NZ mare Two Illicit booking a Group 1 ticket to Hastings next month.

Two Illicit (4m Jimmy Choux – Gemini by Tale Of The Cat) resumed after a winter spell for a commanding victory in the JRA Trophy (1400m) at Ellerslie on Saturday.  Co-trainer Roger James was delighted with the result and how his charge handled the circumstances of the race.

“Class always comes out but you have to give her a fair bit of credit,” he said.  “She carried 59kg for a spring four-year-old mare on a track that was against her fresh-up, so it was a pretty good effort all around.

James confirmed Two Illicit would now head to the G1 Windsor Park Plate (1600m) on October 3.  “When I saw them going at breakneck speed I thought the leaders had to come back to us.  I could see on the turn she was starting to travel and Leith (Innes) said she came up underneath him very quickly.

“I think people forget what she did last time in was all on one preparation and she is a stronger mare this season.  She has pulled up so well fitness-wise and she will be suited by a better track next month.”

Innes was also looking forward to the Hawkes Bay carnival.  “I hadn’t ridden her before so wasn’t sure what to expect but she’s very light on her feet,” he reported.  “It was all over a long way from home.  On that performance, I wouldn’t want to be on anything else in the race at Hastings.”

Two Illicit (NZ) is a homebred for Trelawney Stud’s Brent and Cherry Taylor.  She won the G2 Waikato Guineas by 7 lengths earlier this year, however, travel restrictions have prevented two planned trips to Australia.

Jimmy Choux (Thorn Park) was based at Rich Hill Stud in NZ before covering his first book at Roselee Park last year.  He stands for a $4,950 (inc GST) service fee at the Serpentine stud farm.

The first reported foal from his initial western crop is a colt from Brelleta Five (Planet Five) who is owned by Hopelands breeder Ian Roberts.  His second delivery is a colt is out of the Graham Daws-owned Moonee Valley winner Tarp (Bletchley Park).

Triple Group 1 winning sprinter The Bostonian (NZ) has been ruled out of the Australian spring carnivals after suffering a fetlock injury in Sydney.  The 6yo son of Jimmy Choux will return home to New Zealand for a spell.

“He pulled up a little bit short in front after a gallop on Thursday morning,” Pike said.  “We have taken X-rays of his front fetlock and it looks like he has taken a small piece off his sesamoid bone.  Hopefully, he will recuperate and come back for the Sydney autumn or Brisbane winter carnivals.”

The Bostonian won the G1 Doomben 10,000 and Gr.1 Kingsford-Smith Cup in Queensland last year and returned for a lucrative campaign in Sydney winning the G1 Canterbury Stakes (1300m) in March. 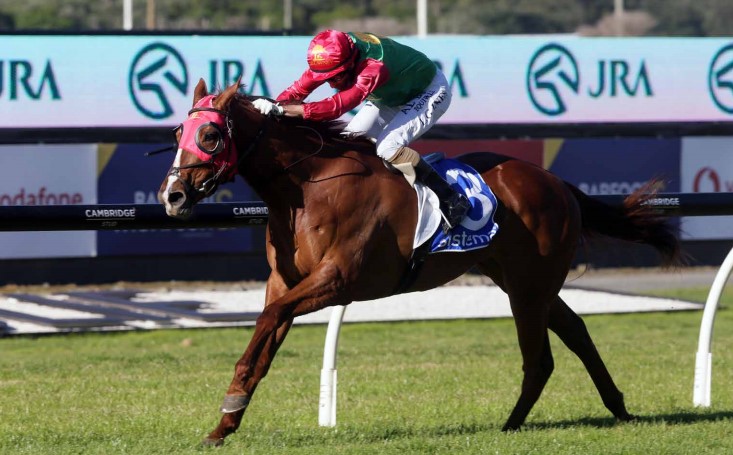