Darling View Thoroughbreds and its Western Breeders Alliance partners dominated the second-half of the Belmont card on Saturday with four of the final five winners.

Brooklyn Pier (Magnus) sat on the back of speed-machine Madam Torio in the Amelia Park Plate (1000m) and they broke away from the field into the straight. He dispatched the leader and then comfortably held the finishing runs of Our Danni (All American) and Friday Knight (Artie Schiller).

“I was super confident after his trial form and he’s in a for a good campaign,” trainer Neville Parnham predicted after the first-up victory. “He was a proven 2yo last season and had an allergy when unplaced in the Karrakatta Plate.”

Brooklyn Pier was bred by Darling View and cost $105,000 out of the WBA draft to the 2019 Perth Magic Millions. His dam Top Show (Stratum) won three races at Belmont and she has a 2yo filly and yearling colt by Lucky Street.

Why Choose Her (Choisir) gave trainer Ash Maley a welcome change of luck in the Ascend Sales Trophies (1200m). Winning jockey Alan Kennedy angled the mare back to the fence at the furlong and she nailed the favourite Nerodio (Playing God) right on the line.

“That’s a relief,” Maley said after the judge examined the photo-finish. “I’ve been pleased with the way she’s been going and Alan (Kennedy) rode her cold so she could produce that turn of foot. She’s a beautiful horse to train and loves a cuddle in the morning.”

Why Choose has won 5 races for prizemoney of $235,000 and there’s added residual value at stud as she is a full-sister to G2 QTC Cup winner Celtic Dancer.

Ration Aly (My Admiration) completed a Belmont hat-trick this season for owner-trainer David Harrison and his wife Jennie on Saturday. She covered extra ground in transit but was still too strong under a vigorous ride from Joe Azzopardi to win the Glenroy Chaff Hcp (1300m).

“She’s been a revelation,” Harrison claimed. “She is better chasing and hit the line hard today. It’s hard to turn out mares when they’re winning so we will give her another couple of starts while she’s in this sort of form.”

Ration Aly’s hat-trick has helped My Admiration sire the winners of 10 races this season and that’s only been bettered by Blackfriars (13) in WA.

Playing Marika closed the card with a powerful finish for Darling View sire Playing God in the Crown Towers Hcp (1600m). It improved her record to 6 wins in 26 starts for prizemoney and Westspeed bonuses of $193,715.

“Lucy (Warwick) rode her exactly to instructions,” trainer Steph Bakranich said. “I asked her to sit midfield and not to go too early because she only has a 200m sprint.”

Playing Marika is a homebred for Livio and Renato Divitini as is her close relation Nerodio (Playing God) who was runner-up to Why Choose Her earlier in the day at Belmont.

Darling View was also in the frame on Saturday with brilliant sprinter Fituese winning first-up at Rosehill. The John Thompson-trained mare could lock down a slot in the $15 million TAB Everest at Randwick on October 17 before travelling to Perth for the $1 million Winterbottom Stakes on November 28.

“Why not?” Thompson said in answer to queries about her chances in The Everest. “She’s just a winner and she’s going places.”

Fituese (Deep Field) was sold as a foal by Lynward Park to Darling View’s Brent Atwell who was acting for NSW client Robert Dawson. She changed hands again through the WBA draft to the 2018 Perth Magic Millions Yearling Sale for $55,000 to Prime Thoroughbreds. 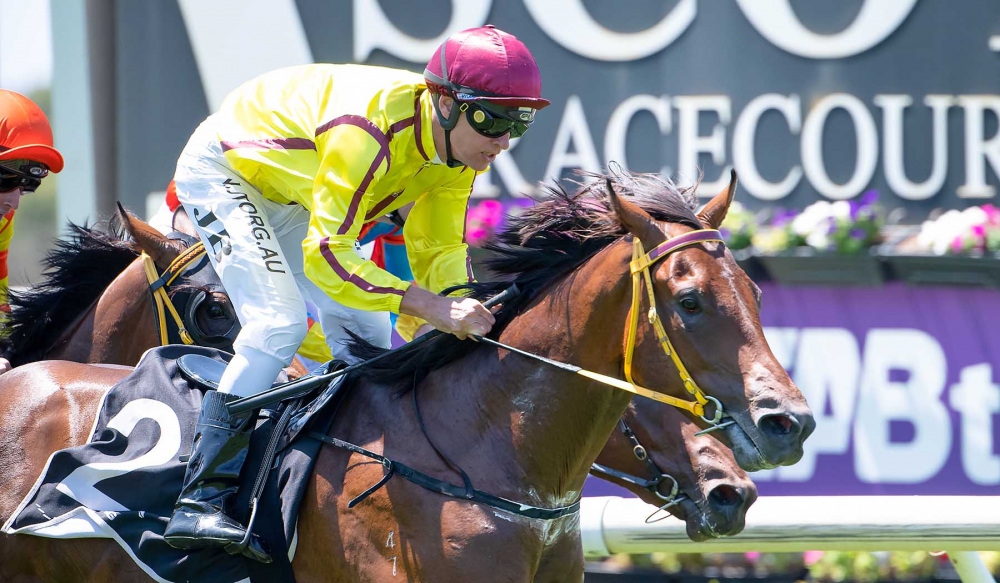