Igarashi in form for Impressive Racing

Gold Front Thoroughbreds has Awesome Rock and Leonardo Da Hinchi doing brisk business during the current stud season but it was foundation stallion Slater who was in the news at Ascot on Saturday.

Slater mare Igarashi continued her consistent form in the Westspeed Platinum Series (1200m) for in-form Impressive Racing trainer Darren McAuliffe.  She returned from a winter spell to win at Belmont before going down a half-length to Fiery Water last month.

Igarashi bounced back to score another determined victory on Saturday.  She was poised to strike behind the leaders and then pounced in the final strides to win a three-way finish from Galah gallopers Tajmali and Pink ‘N’ Gray.

“She’s peaking and I think she’s under-rated,” McAuliffe said.  “She’s an incredibly well-bred filly and is a lovely type.  She had terrible injury to a hind foot last prep and but we’ve got that under control now.”

Igarashi is a half-sister to winners by High Chaparral, Universal Ruler and Sepoy.  Their dam Shibata (Testa Rossa) also has her 2yo filly Niigati (Reset) with Impressive Racing as well as a Universal Ruler colt foaled last month.

Winning jockey Lucy Warwick admitted Igarashi had been a handful early on.  “She threw me in the parade ring the first time I rode her but is learning all the time.  She flowed into the race and then got stuck in over the last 100 metres.”

Slater is a son of Redoute’s Choice from G1 Thousand Guineas winner Special Harmony and has been sparingly used at Gold Front with 8 individual winners from 17 starters.

Awesome Rock’s first crop are due to debut and among them is last week’s Belmont trial winner Diamond Blue.  He is trained by Ted Martinovich and is a homebred for Martin Epis.  That same combination won the G2 Karrakatta Plate with Lucy Mae in 2017. 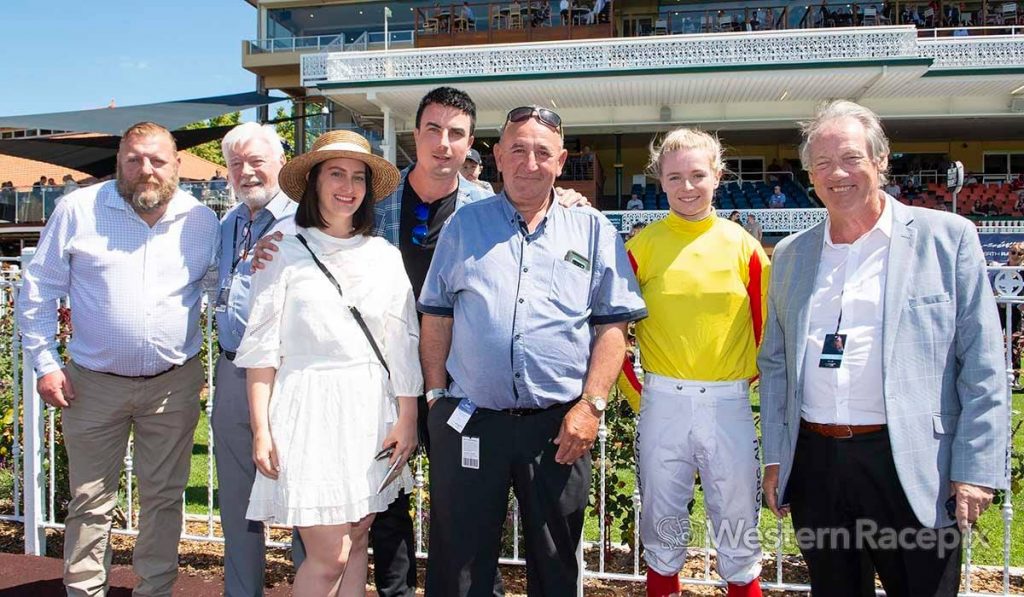