Em Tee Aye has belied a $29 TAB quote to score a courageous victory in the Cooper Fluid Systems Hcp (1200m) at the first Ascot midweek meeting this season.

A 3yo son of Darling View Thoroughbreds sire I’m All The Talk, he fought back to win a front-running duel with Empire Reign (Manhattan Rain) when racing first-up on Wednesday.

Em Tee Aye was well over the odds considering his first campaign included a Group 3 placing in the WA Sires’ Produce Stakes (1400m) in April. “I wasn’t that confident even though his run in the Sires was super,” trainer Trevor Andrews admitted. “He’s a bit one-paced and I’m looking to step him up to middle distances.

“I told Madi (Derrick) to take advantage of the draw and her 3kg claim and be sure to get going before the corner. I thought the other one had us on toast but this bloke is genuine and wants to be a racehorse.

“I’m All The Talk is going really well with his first crop. And with more maturity, our horse has plenty of upside over more ground.”

Andrews will nominate him for a 1400m race at Ascot on Saturday week, October 24 leading into the LR Fairetha Stakes (1400m) on November 7.

Em Tee Aye (3g I’m All The Talk – Azita by Oratorio) is a Mungrup Stud homebred from a mare who retired a maiden after a dozen starts for Bob Maumill. Second-dam Metal Maiden (Metal Storm) won a Matchmaker Classic and was stakes placed in a Ngawyni Stakes, Jungle Dawn Classic and Starstruck Classic.

Azita was purchased by Darling View for $35,000 at the Mungrup Stud Dispersal in August and she foaled an I’m All The Talk filly on September 21. Her 2yo filly by Playing God is being trained by Robert Gulberti and her yearling colt by A Lot (USA) is owned by John & Sharon Molloy.

I’m All The Talk (Stratum) claimed the WA 2YO and First-season premierships in 2019-20 and his second crop is shaping up as another potent force this season. His filly The Lady Is A Vamp was narrowly beaten when runner-up in the Initial Plate (1000m) on Saturday and Gorgeous Gossip won a Belmont trial on Monday morning.

“The filly from Azita is a ripper foal,” Darling View manager Brent Atwell said on Thursday. “The mare is going to Playing God this season.

“We’re still taking bookings to I’m All The Talk. As a matter of fact, we had another three mares booked in yesterday. He’s on fire and it’s great to see his second crop making such a positive start.” 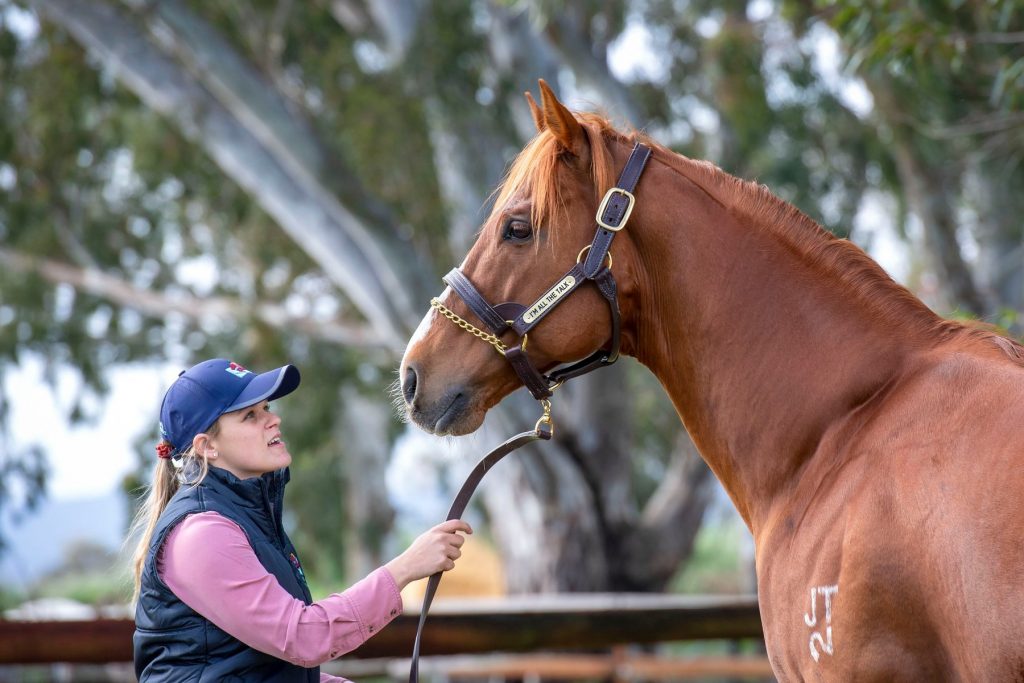