Don’t forget the name Melarab.  Fred Kersley has fond memories of the original Melarab and is going to be winning some nice races with his reincarnation at Ascot this season.

The present-day Melarab is an untapped son of Blackfriars and was a class above his rivals in the Westspeed Platinum Maiden (1600m) on Saturday.  Racing first-up over a mile, he had all the favours in front under 3kg claimer Beaux Banovic-Edwards to score by more than two lengths from Heaps Of Moolah (He’s A Decoy) and Diffusion (Blackfriars).

“I’ve always liked this horse,” Kersley said.  “He has that Blackfriars ability but we’ve been patient.  He’s well-mannered and we will step him up in distance now.  But we’re in no hurry.”

Kersley named him after a pacer that came along when he was just starting out.  “I was a young boy and couldn’t get a drive at the trots for love nor money, “ he recalled.  “But a lovely old trainer from Harvey used to book me week in, week out for Melarab.”

The Hall of Fame horseman was also celebrating the anniversary of the 2001 and 2002 Cox Plate triumphs of his all-time great Northerly.

Bred by Fred’s wife Judy, Melarab is by Blackfriars from Karriwood (Tobougg) who is closely-related to Northerly.  The mare has also thrown LR Burgess Queen Stakes winner Blackwood by the Scenic Lodge legend and her latest is a filly foal by Ducimus with Tracey Bannister at Boallia Farm. 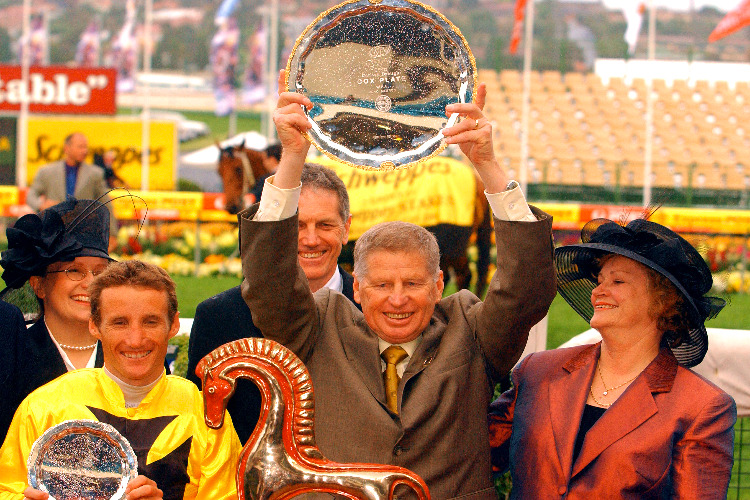