The giant gelding, he’s well over 17 hands, was scheduled to travel east before connections were forced to change plans and send him to the Goldfields.  Saturday’s $120,000 Kalgoorlie Cup (2200m) was his second Listed victory following last year’s Tattersalls Cup (2100m) at Ascot.

“We were originally going to Melbourne for the spring carnival until COVID-19,” Sigley said.  “It all became a bit too difficult so we settled on Kalgoorlie and he was right to go today.”

Missile Launch (7g Smart Missile – Takeiteasyedye by Opening Verse) has now won $534,650 in prizemoney and bonuses after Sigley bought him for $40,000 from Yarradale Stud at the 2015 Perth Magic Millions.

Sayers kept a share with Sigley and his partner Emily Quartermaine in a syndicate of stable clients.

Carbery came on board for a Bunbury maiden win in November 2017 and he was confident of another Kal Cup following Lottila Bay in 2000.  “Vaughn had him peaking and he got into a good rhythm when they backed off,” the popular hoop said.  “I’ve ridden this horse many times but I was surprised by how well he let down in the straight.”

Sayers was born and bred in Kalgoorlie and had won his home-town Cup with Forehand (1995) and Priceless Matt (2005).

Yarradale Stud manager Bernie Hamill recalls preparing Missile Launch for the yearling sales.  “He was always big but quiet which was a bonus considering his size.  He was born in Victoria and came home as a weanling.”

Sayers had initially tapped into the family in 2008 when he purchased Killer App (Geri) in America and had her covered to southern-hemisphere time by War Chant when he was standing at Three Chimneys Farm.

She was a daughter of Jungle Dawn who won the 1987 Railway Stakes at Ascot before Bunbury owner-breeder Len Craddock sold her to Kentucky.  The War Chant raced as War Profile and he won three races at Pinjarra and Bunbury but Killer App had died while delivering her second foal by Bernardini.

“Jungle Dawn was a wonderful mare and Ron was keen on the family,” Hamill said.  “Takeiteasyedye was another one of her daughters out here and we bought her with a positive to Smart Missile at the 2013 Inglis Easter Broodmare Sale.

Takeiteasyedye had won 10 races in New York but, sadly, she also passed away without leaving another foal after Missile Launch.

The War Chant connection is still going strong at Yarradale.  He arrived in Australia a couple of years after War Profile and is currently covering his 10th book at Gidgegannup. 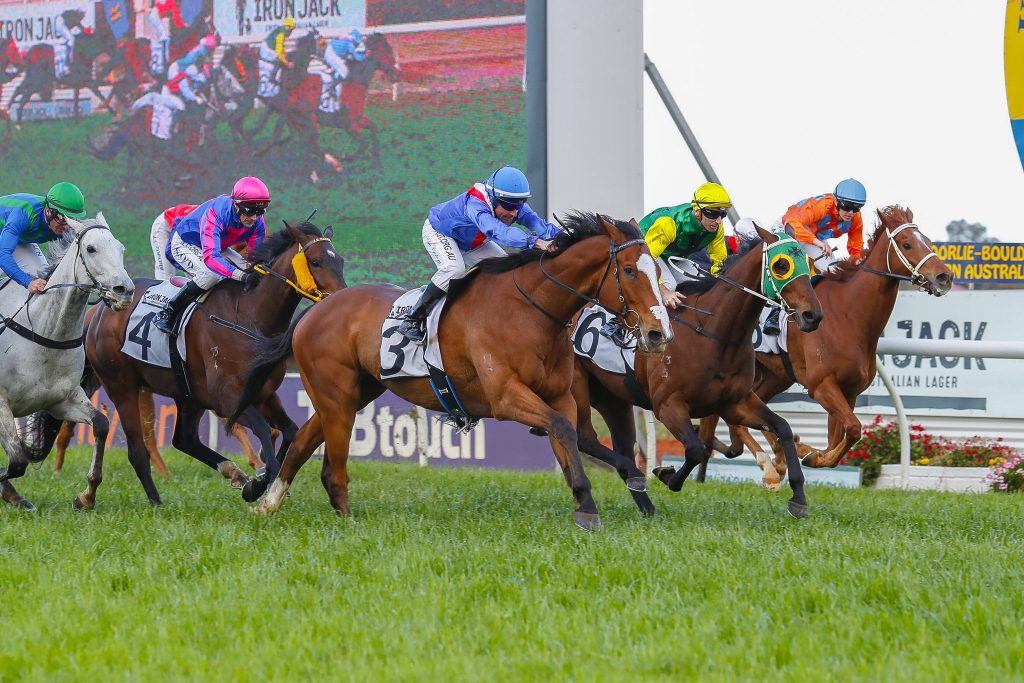