Invictus Domini has emerged from left-field as the latest galloper with potential by Darling View Thoroughbreds stallion Playing God.

Since resuming from a spell earlier this month, the 5yo gelding is unbeaten in two starts winning by a combined margin of 18 lengths in Geraldton.  “We’ve been very patient,” trainer Adrian Tiver revealed.  “There were no soundness issues.  He was just a big kid but has grown up now.”

Invictus Domini’s belated arrival has helped elevate Playing God’s first-crop winners-to-runners record to an amazing 76%.  Stakes winners Lordhelpmerun and Platoon have led the charge while Playing Marika is the leading female in that division with 7 strikes in 29 starts after winning the Irish Day Hcp (1800m) at Ascot on Saturday.

“Mitch (Pateman) said he’s just been a passenger,” Tiver added.  “He was looking back to see if anything was catching up but they cruised in.  It was a real buzz and we’re pretty excited.  I think we will be going to Perth sooner rather than later.”

Invictus Domini (5g Playing God – No Reply by Stormy’s Son) is owned by Patricia Gilbert and she’s been on the end of numerous phone calls from prospective buyers in recent weeks.  But she’s been looking for a good horse for 30 years and this one isn’t on the market.

Another Playing God ready to make an impact is the Neville Parnham-trained Eliminate.  She was a very impressive debut winner at Belmont in August and Parnham reckons there are similarities with his Playing God Group 1 winner Kay Cee.

Eliminate won a Belmont trial on Monday and will be resuming soon ahead of a Group 2 assignment in the $500,000 WA Guineas on November 21. 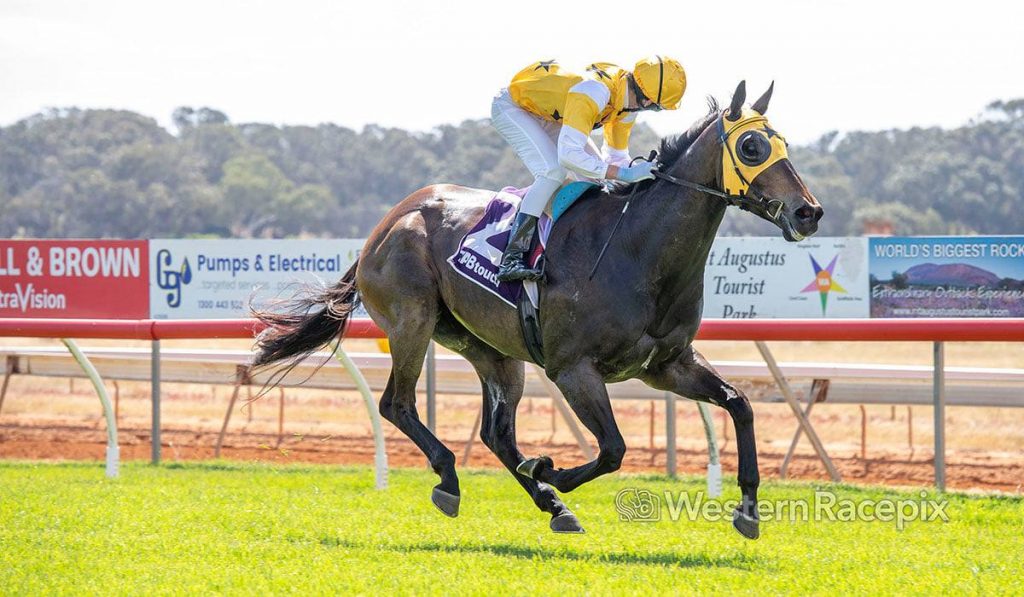